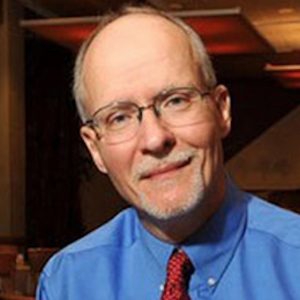 Chicago mayoral candidate Paul Vallas is ripping the current administration’s plan to add 50 sergeants to the Chicago Police Department’s ranks to oversee detectives in an effort to boost the city’s homicide clearance rate.

“I am painfully disappointed at the complete failure of City Hall to adopt practical, no-brainer solutions to providing CPD with the organizational structure and resources needed to improve the abysmal clearance rate for homicides, shootings and car-jackings.”

Vallas said to assume that hiring 50 sergeants and embedding them in the Detective Division to provide more supervision and to suddenly bring in experts from Los Angeles and elsewhere to tell the Chicago Police Department what they already know will magically improve clearance rates is wishful thinking.

“How can we be sure that these 50 new sergeants will have the investigative experience that is relevant to Chicago’s needs?” Vallas asked.

Vallas said CPD’s 15 percent clearance rate on murders is a direct product of the degradation of the department, specifically, the failure to fill vacancies, particularly in the Detective Division, which resulted in the shrinking of the number of detectives.

The mayoral candidate has proposed solutions for providing the Detective Division with more resources and support to increase the clearance rate and get shooters and killers off the street.

Vallas is calling for:

He said his proposals would quickly enhance the CPD Detective Division’s ability to solve crimes and would significantly increase the division’s experience. Moreover, he said, it would embed within the Detective Division, officers who are familiar with the communities and employ detectives with whom the community is familiar.

“I believe that the city could comfortably hire 400-500 officers with the necessary experience to fulfill these roles,” Vallas said. “These detectives would supplement, not displace, existing positions.  The (Rahm) Emanuel administration’s explanation for reduction to three detective divisions has never been fully explained, other than as a cost-saving measure. From a detectives’ deployment standpoint, it makes their job significantly harder. As mayor, I will enact common-sense solutions to make their jobs easier.”

In addition to hiring back retired detectives and expanding the number of detective divisions, Vallas called for the creation of a city-operated witness protection program to give witnesses enhanced safety options, including movement to other communities to increase clearance rates.