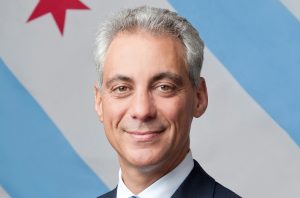 Whether you are in Chicago Heights or Chillicothe, the next mayor of Chicago may impact your life.

Despite not having a vote in the Feb. 26 election for Chicago mayor, the 10.1 million people not in the Windy City’s corporate limits have more than a passing interest in who emerges as contenders for the job — or if the job is won outright, according to an expert in Illinois politics.

“The mayor of Chicago and the governor of Illinois are on parallel tracks. They are both the pinnacle of politics on their own track,” said Christopher Mooney, professor of state politics in the Political Science Department at the University of Illinois at Chicago. “Chicago has a huge influence on the state economically and socially.”

Mooney likened the mayor of Chicago to the mayors of New York, San Francisco and Los Angeles as “another independent power base that rivals the governor.”

Illinois is unique in that it has three pretty equal parts — Chicago, the suburbs, and everything else (often referred to as Downstate), Mooney said. He said there are times two of the parts will gang up on the third part to get things done, citing the new state school-funding formula which saw the suburbs and Downstate win over the city.

Mooney doesn’t see any of the Chicago mayoral candidates once in office wielding the kind of clout that Mayor Richard J. Daley had in Springfield.

He remembered one case in which a state representative was denouncing a piece of legislation on the House floor when someone whispered in his ear that Daley had changed positions on the legislation.

“The lawmaker said, ‘Those are all the reasons someone might say why they’re against the legislation. Let me tell you why I’m in favor of it,’” Mooney said.

The UIC professor said that type of clout may have been a once-in-a-lifetime scenario.

Mayor Rahm Emanuel referred to the grandeur of the post in announcing his decision not to seek re-election.

“This has been the job of a lifetime,” Emanuel said in his announcement.

Mooney said with the mayor of Chicago at such a high political level, there are few elected offices that could intrigue the outgoing city leader. 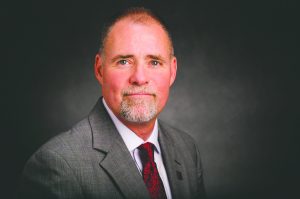 “What are his next steps if he ran for office again? Governor? That’s a parallel track and there is a lot of baggage that goes with being mayor. No one has gone from being Chicago mayor to governor,” Mooney said. “U.S. Senate? That is prestigious enough that he might think about it. The presidency? We have not had a big city mayor as president since Grover Cleveland. It is really a different set of skills — running a city and running the country.”

Mooney thinks Emanuel could be a Cabinet member, possibly secretary of the U.S. Department of Housing and Urban Development, in a Democratic administration down the road.

As for how Emanuel’s successor will fare on the local and state stage, Mooney thinks things will go much smoother for the new mayor with Governor-elect J.B. Pritzker than the current mayor has had with outgoing Gov. Bruce Rauner.

“Pritzker has been a player in Chicago politics for a while,” Mooney said. “He is not someone who doesn’t know the ins and outs of Chicago. He is in the city. He knows the problems. He might be more comfortable with a Paul Vallas or a Bill Daley because he has worked with a lot of establishment types. If it is someone who is more progressive, I don’t know.”

At least Pritzker and the new Chicago mayor will have something in common — the same political party, something that has to help the relationship, Mooney said.

Mooney said suburbanites and other residents of the state need not worry about Chicago having so much power in Springfield with the governor-elect, speaker of the state House, Senate president, and all but one of the constitutional offices being held by Chicago residents.

Asked if Chicago can get whatever it wants with such a power monopoly in place, Mooney was doubtful.

“It has never happened before,” the UIC professor said. “There are conflicting interests — the city verses the state. Chicago sometimes does have a larger reach than Downstate to get things done.”

He said Chicago losing population over the past two decades also means it has lost some of its power in Springfield.

Mooney said the importance of Chicago to Illinois cannot be overstated.