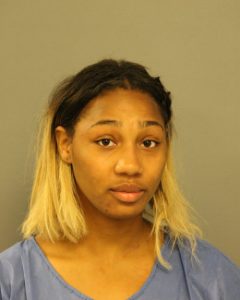 A 19-year-old Chicago woman has been charged with hitting Chicago paramedics who were trying to treat her.

Latorya Thigpen, a resident of the 6300 block of South Martin Luther King Drive, was charged with two counts of felony aggravated battery of protected employees — paramedics.

She was scheduled to appear in bond court Monday (May 28).

Thigpen allegedly battered two uniformed Chicago Fire Department paramedics dispatched to medically assist her at 4 a.m. May 27 in the 2700 block of West 68th Street. She spat at the victims, struck both victims in the body, face and head with her fists, punching them multiple times, and kicking and scratching them as they worked to assist her, police said.

Injuries to the victims included scratches, abrasions, bruises and even the loss of consciousness due to the blows.

The suspect was ultimately transported to a local hospital, where she was medically cleared and then charged.