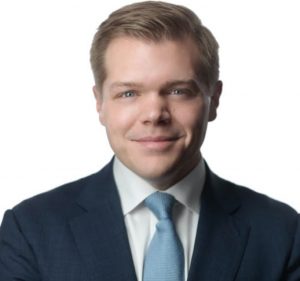 Even though their names don’t appear on the ballot, two residents of the 3rd Congressional District want your vote Nov. 6.

They are each looking to beat incumbent Democrat Dan Lipinski and Republican challenger Arthur Jones.

Both write-ins say they are in the race to win it, but want voters to know that the Republican nominee does not represent the values of the district. Jones, a Holocaust denier and labeled a Nazi by the Illinois Republican Party, was unopposed in the primary.

“We want to make sure people know about Arthur Jones and to not vote for him,” Hanson said. “We want him to get as few votes as possible.” 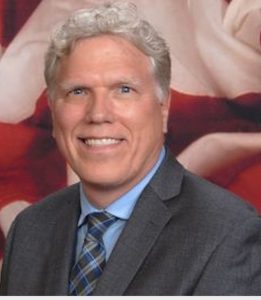 Yerkes said Jones should be a non-issue in the congressional race.

“He should get zero votes. If he votes for himself, maybe one vote,” Yerkes said. “I don’t understand why he would get more than one vote. If he gets more than one vote, people are uniformed. It is not a case that the electorate is informed or involved. “

Hanson confirmed that, noting that his polling numbers show that between 73 and 78 percent of district residents questioned did not know Jones is a Nazi.

“I’ve knocked on probably 2,000 doors and you would be shocked at the number of people who raise their eyebrows when I tell them that he is a Nazi. I tell them, “You can Google this man.’”

Yerkes said he met with Illinois Republican officials in January 2017 and said he wanted to run for the congressional seat in 2020.

When party support was not forthcoming, Yerkes said he started thinking about running this year.

“Once Arthur Jones came on the scene, it broke the camel’s back,” Yerkes said. “When you look at the national Republican Party, every platform I fit.”

Hanson also said it was Jones’ emergence as the Republican nominee in the 3rd District that thrust him into action.

“It’s something that I’ve always wanted to do. I always had it in mind, just not now,” Hanson said. “I saw the primary results and how the Democratic primary played out very negatively. They were less focused on the issue. They did not talk about what they were going to do to make the district better.”

“When a literal Nazi got in the race, something in me broke and it was time to get involved,” he added. “I think of Lipinski as a good guy who means well, but he failed to bring the fight to Art Jones.”

Hanson said the district is lagging other Illinois congressional districts and the country in income and growth. He said that while real income went up 1.8 percent this year for people across the country, income actually dropped 3.6 percent in the district.

“That put us 18th of 18 Illinois congressional districts and 422nd out of 435 districts in the country,” Hanson said.

He said the district could use more infrastructure projects.

“The Southwest part of the city and the Southwest Suburbs is an incredible transportation hub. We have some of the busiest rail lines in the United States,” Hanson said. “…  Infrastructure projects would help the economy and the jobs would employ people in the district, “ Hanson said.

He said he would also like to see problems with the federal tax code straightened out.

Hanson said Lipinski has passed very few bills during his 13 years in Congress.

“It’s time for a change, a new generation,” Hanson said. “I believe I can do it. I don’t customize my speech for any neighborhood.”

Yerkes, who supported state Rep. Jeanne Ives in her run for governor, said that there should be no sanctuary cities for illegal immigrants who come to America. He said there also should be a penalty associated with being caught as an illegal immigrant.

“It is a slap in the face to all immigrants who came legally into this country,” he said. “Illegal immigration is carried on the backs of middle-class taxpayers.”

Yerkes is also against minimum wage increases being mandated by cities.

“Do not put arbitrary numbers out there, such as $15 per hour,” Yerkes said. “Pay should be based on an individual’s positive contributions to the company.”

Self-funding his campaign, the husband of 36 years and father of two adult children said that campaign finance reform has to happen.

“We have two people running for governor who are billionaires. It is ridiculous,” Yerkes said. “We need campaign finance reform. We limit sports team in terms of money they can spend on players. Why not limit politicians?”