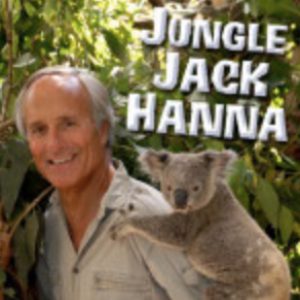 Internationally known zookeeper Jack Hanna will bring his show, Jack Hanna’s into the Wild Live, to the Egyptian Theatre April 21.

Boy George and his band Culture Club will bring their iconic 1980s sound to the Illinois State Fair Grandstand on Aug. 10. Joining Culture Club will be Tom Bailey, the lead singer of another popular ’80s British group, the Thompson Twins.

Culture Club has been called one of the most influential groups of the 1980s. Bailey, who now performs with a new band, still plays many of the Thompson Twins’ hits in his show.

Tickets for the show are being sold by Ticketmaster for $22 to $42.

Are you prepared for an emergency? A program at the Sycamore Public Library will answer that questions at 1 p.m. April 23. Staff from the DeKalb County Health Department will give a brief presentation discussing the importance of planning for disasters ahead, including how each family can build its own emergency preparedness kit. To help families with building their kits, attendees will receive a starter emergency preparedness kit for participation, one kit per family, while supplies last. The library is at 103 E. State St., Sycamore.

The 2018 Walk to End Child Abuse will be held April 21, at the Sycamore High School Field House, 427 Spartan Drive, starting at 9 a.m. Registration fees are $6 to $25. The Children’s Advocacy Center of DeKalb County is hosting the walk to honor victims and to raise awareness about the realities of child abuse. This fundraiser supports the local Children’s Advocacy Center (CAC) and helps to continue providing services to children in DeKalb County that have been involved in a child abuse investigation. For more information, send an email to lmunguia@fsadekalbcounty.org.

Local activists will march against sexual violence when they join participate in Take Back the Night, 6 p.m. April 24. Participants will stand with survivors and community members to say sexual violence is not tolerated in America. Together, they will march downtown DeKalb, and immediately following, survivors will have a chance to share their stories. The program will be held at the Egyptian Theatre, 135 N. Second St., DeKalb. For more information, contact Jasmine Pease of Safe Passage at jpease@safepassagedv.org or 815-756-5228.

Another auction will be scheduled because the first one, held April 12, did not produce a buyer for the historic home of former DeKalb Mayor Hiram Ellwood, 329 N. Third St. Two short-sale bids were submitted but rejected. The property has been in foreclosure for about 18 months after its former owner, James Hovis, said he no longer could make mortgage payments. The house’s future now rests in the hands of U.S. Bank National.

The Victorian home was designed by George O. Garnsey in 1884 for Hiram Ellwood, older brother of barbed wire baron Isaac Ellwood, and his wife, Sarah. Garnsey also was the architect behind Isaac Ellwood’s home, which currently is the Ellwood House Museum, 509 N. First St.

The home stayed in the family until the 1940s, where it was used as a rooming house for Northern Illinois University students. About 30 years ago, the house was purchased by Hovis and his wife, Catherine, from the family of Bob Heimerdinger, former athletic director and football coach at DeKalb High School.

Although no local buyers showed interest at the auction, there had been some interest in the property from parties outside the DeKalb area. Chicago resident John Campen, who used to live in the Ellwood Historic District, has expressed interest in buying the house to possibly turn it into a bed and breakfast or cafe.

Known as America’s favorite zookeeper, Jack Hanna will bring his show, Jack Hanna’s into the Wild Live, to the Egyptian Theatre at 2 p.m. April 21. Through the jungles of Rwanda to the savannas of Australia, Hanna has been one of the most visible and respected animal ambassadors. In his stage show, fans will enjoy stories (from brushing a hippo’s teeth to eating with wombats) and footage from his worldwide adventures. He will be accompanied by an array of animals such as cheetahs, kangaroos, penguins and many more. Tickets are $20-$27, and are available at the theater, 135 N. Second St., DeKalb, or at egyptiantheatre.org.

The public is invited to share ideas about the future of Kishwaukee College at two listening sessions being held by the college’s administration. Community members can share their thoughts on the college’s mission, vision and values, and help identify strengths, weaknesses, opportunities and threats.

No need to RSVP. Visitors should park in the south lot and enter through door No. 16 or No. 17. For information, contact Michelle Ohlinger at 815-825-9324 or mohlinger@kish.edu.

The Sycamore Public Library, 103 E. State St., will accept large donations of new/used books, and other materials at its circulation desk April 21. Additionally, books for recycling may be dropped off as well. Hours are 9 a.m.-5 p.m. Different drop-off times can be arranged. Items donated may be added to the annual SPLAG Book Sale, and all proceeds go to support youth and teen programming at the library. Donations may be tax-deductible, and receipts may be obtained at the circulation desk. The library does not provide valuations of donations.