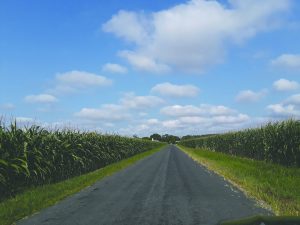 The USDA’s National Agricultural Statistics Service’s overly optimistic August harvest projections for Illinois have been lowered, somewhat, from 181 bushels per acre for corn to 180 bushels in September, which would be 17 percent short of last year’s total production for Illinois

Farmers and grain buyers are beginning to gain a clearer, more accurate idea of what this year’s highly anticipated corn and soybean harvests will bring.

Though corn yields will be below average for many Illinois farmers, regional crop field tours are providing a glimmer of hope to producers who feared the worst.

In addition, controversial USDA estimates for crop production have been lowered to what most producers feel provide more accurate — though still expectation-topping — yield estimates than earlier projected. The government-backed estimates of the USDA’s National Agricultural Statistics Service contributed to the continuation of low commodity prices, many in agriculture felt, through the end of August.

At least one central Illinois crop yield survey seems to support NASS’ projection for an average of 180 bu./acre in corn production, despite quality and quantity disparity from field to field and even within single fields.

“This year we found two obvious crops: obviously early planted and obviously late planted — meaning mid-April planted or late-May and June-planted corn,” said Kim Craig, grain merchandiser for Deer Creek-based Bell Enterprises, which operates grain handling facilities for Woodford, Tazewell and western McLean County farmers. “They each have different characteristics. In general, the earlier planted crop has ears of various sizes that are filled to the tip. We really didn’t see any issues with pullback, or little pullback on the tips of the ears of the early-planted crop.

“Later-planted corn, or planted in late May or June, had good population, very good population, but the ears were tipped. Part of that can be from being heavily populated but part of that can also be from difficulty pollinating and weather conditions. Consequently, the earlier crop did out-yield the later crop and produce a better crop. In our area, 60 percent of the crop was planted early and 40 percent was planted late.”

Bell’s annual corn yield tour, which this year involved 38 participants and 131 corn fields in the tri-county area, wrapped up in late August. According to the Bell survey, central Illinois farmers can expect to harvest an average raw yield of 188.9 bushels per acre for corn, depending on seeding rate and taking prevented planting acreage out of the equation. Survey participants noted kernel counts below the five-year average, a decrease in the average number of kernel rows per ear and shorter ear length, but found kernel weight to be on par with the norm.

First Midwest Ag Services’ annual McLean County corn yield survey ups the corn yield ante: farmers there will enjoy an estimated average yield of 197.3 bushels per acre, based on 1,600 samples taken from 160 managed farms in every county township, surveyors found. This count ranks as the fourth-highest projected corn yield in the history of the company’s (formerly known as Soy Capital Ag Services) survey.

In Peoria County, farm bureau manager Patrick Kirchhofer said he expects many April-planted corn fields there to yield over 200 bushels per acre. However, “yields will be sporadic in fields due to wet spots and sporadic throughout the county due to isolated summer rains.”

Pro Farmer’s annual crop tour of Illinois, completed in late August, offers a slightly less rosy scenario for the overall state corn yield. Illinois farmers can expect to harvest around 170 bu./acre for corn and 50 bu./acre for soybeans from their 2019 crops, according to Pro Farmer estimates. “(Illinois) won’t be the corn-producing powerhouse it usually is,” inspectors summarized. “Some of its best acres lost yield potential because they were planted in less than ideal conditions.” As for soybeans, “Pod counts plunged versus the average and much of the Illinois crop will likely perform like double-crop beans. A normal (date for) freeze would be devastating,” according to Pro Farmer.

Mark Tuttle, a corn and soybean farmer and president of the DeKalb County Farm Bureau, agreed with Pro Farmer’s projection of around 170 bu./acre for corn, saying he is expecting anywhere from 160-180 bu./acre whenever his crop is ready for harvest.

“We are still a month away from anything,” he reported, “but I am pleasantly surprised and optimistic for the corn. It is starting to dent a little bit, which is a month late, but I think if we can get the corn to the middle of October without a frost, there is a pretty good corn crop out there.”

Tuttle included a caveat to go with his optimism: corn will likely have a high moisture content and will require extra labor and energy costs to dry and prepare for sale, adding to harvest expenses. He also fears an early — meaning on or before Oct. 1 — frost that could kill any further crop development.

“The beans are really, really green. I was out in them (on Sept. 12) and was really disappointed with what I saw. I think they are going to struggle to yield 45 bushels. If we have an early frost, we are going to have a heck of a mess on our hands,” the southern DeKalb County grower said.

Downstate, Kirchhofer echoed Tuttle’s concern over how an early frost will affect soybean quality and yield. “A shorter growing season, as well as a less than ideal amount of moisture will both play factors in reduced yields this year. We still need warm temperatures through September and the first part of October to assure the soybeans escape an early frost,” Kirchhofer noted.

Grain elevator managers are expecting a wildly fluctuating harvest scenario that could last well into the winter months, according to Jeff Adkisson, executive vice president of the Grain and Feed Association of Illinois. Harvest quality for both soybeans and corn may depend on that crucial first-freeze date, he concurred.

“The first premise is that there is going to be a lot of variability in the crop. There are parts of the state where they think they will be at or above average, but there are other parts that will be down 20 percent or more. There is going to be huge variability,” Adkisson said. “The next thing that plays into this is when the frost date will be. The quality of the crop will relate directly to when it was planted and the first frost date.”

GFAI member elevator operators are anticipating “a long, drawn-out harvest with times the elevators will be extremely busy, and times when it will be slower because of the planting windows. I think most of the elevators should have more than adequate storage, even though there is quite a bit of carryover from last year,” he added.

The Illinois Farm Bureau’s DeLoss Jahnke pointed out that while crop condition reports are not meant to be yield indicators, it is worth noting that Illinois — along with Indiana and Ohio — had less than 40 percent of their respective corn crops rated in good to excellent condition in their most recent NASS crop condition reports.

Conjecture over the size of the 2019 Illinois crop will soon be replaced with hard facts; the Illinois Corn Growers Association reported on Sept. 12 that combines could be seen harvesting corn on Route 30 near Champaign.