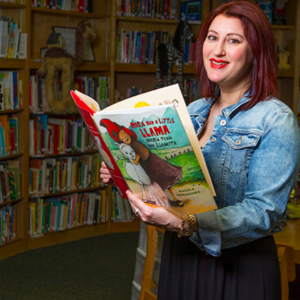 Educating about race and equality should start at a very young age, and literature can be an important part of that process, says Melanie Koss, an associate professor in the Department of Curriculum and Instruction in the Northern Illinois University College of Education.

“Broaching the subject of race and the current social unrest can be difficult and uncomfortable, but it’s essential, especially for non-black parents,” says Koss, whose research includes issues of diversity in children’s literature.

Because a baby’s brain can begin to notice race-based differences as early as 6 months, educating on that issue can begin even when youngsters are more likely to chew on a book than to read it.

“As soon as you start reading any sort of books to your children it is important that they see diverse faces and races, even in the board books they see as an infant,” she says, noting that babies often delight in seeing pictures of other infants and that there are board-books devoted specifically to showing a culturally diverse range of babies.

As children grow older, the books should become a springboard for conversations about race and equality, she says. “Whomever is reading the books to young children should be ready to have a conversation about the diversity and the issues reflected in the books.”

For older children who can read on their own, Koss suggests making sure they are provided with reading options that address the issues at an age-appropriate level. Adults should then follow up with conversations as the child progresses through the book to see what they are taking from the story and if they are processing it correctly.

Race is not the only issue where such an approach is warranted, she says, suggesting that books addressing other pressing issues, such as global climate change, LGBTQ+ individuals, and immigration, should also be introduced and discussed.

“Literature is a great way to introduce a topic,” Koss says. “Children are used to being read stories, and it is up to us to provide stories that help inform their worldview in a positive way.”

Koss has compiled a list of books of titles to use as a springboard for talking about race and injustice. It includes titles that focus on the current day. Books that share the Civil Rights Movement are also a critical avenue of exploration to provide a historical context. 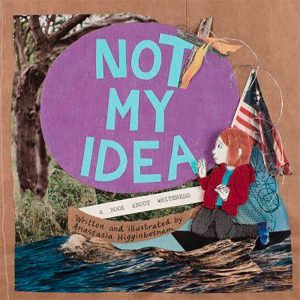 “Woke Baby” by Mahogany Browne
This powerful board book explores what it means to be a baby who has the potential to grow up and become an individual with an awareness of social justice with the power to change the world.

“Antiracist Baby” by Ibram X. Kindi (Out June 16)
The perfect book to begin a discussion of race, this colorful book shares a series of steps to empower parents and children to help build a more equitable world.

“Everywhere Babies” by Susan Meyers
Babies are busy learning and exploring their worlds. All different babies are depicted in this board book doing everyday things.

“The Skin I’m In: A First Look at Racism” by Pat Thomas
Accepting and celebrating different skin tones and racial characteristics between friends is the focus of this picture book. This book is meant as a resource for parents to begin the conversation about race with simple, direct, age-appropriate language and concepts.

“The Breaking News” by Sarah Lynne Reul
When something terrible happens in the community, all of the adults are distracted and focused on the news. A young girl, having been told that small things can have a big impact, starts sharing small acts of kindness in her neighborhood.

“Something Happened in Our Town: A Child’s Story About Racial Injustice” by Marianne Celano
After a black man is shot and killed by police, two families, one black and one white, discuss the incident and issues of social justice and racial injustice.

“Let’s Talk About Race” by Julius Lester
Through sharing stories of his own life, Lester invites readers to begin discussing racial issues by providing them language and strategies to help them process what they encounter in their world.

“A is for Activist” by Innosanto Nagara
An alphabet book for elementary schools or beyond, “A is for Activist” uses each letter of the alphabet to address another issue about civil rights, LGBTQ rights, environmental issues, justice, and other topics designed to help call children to action. 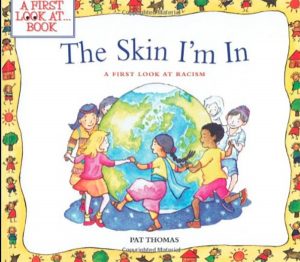 “Not my Idea” by Anastasia Higginbotham
After seeing a news story about a black person shot and killed by police, a young white boy asks his parents about what happened. His mother tells him, “We don’t see color,” but the boy knows his whiteness gave him privilege.

“The New Kid” by Jerry Craft
This Newbery-winning graphic novel tells the story of Jordan who is sent to a prestigious, academically minded private school instead of the art school where he wishes to attend. Jordan is one of the only BIPOC in his grade, and he encounters racism daily in school. Throughout the novel, he struggles to navigate the vastly different cultures of his neighborhood and his school.

“Ghost Boys” by Jewell Parker Rhodes
After being shot and killed by a police officer who felt threatened by his toy gun, 12-year-old Jerome sees the world, past a present, as a ghost. He sees the aftermath of his murder in his family and community and is grappling with the reality of police brutality and social injustice. He meets the ghost of Emmett Till, another boy who was also killed for being black, and learns about the long history of racism in America.

“A Good Kind of Trouble” by Lisa Moore Ramée
When Shayla starts junior high, suddenly all of the rules she knew were changed, but Shayla is a rule follower. She struggles to learn the new acceptable rules, especially with friends and her sister, who is involved with the black Lives Matter movement, questioning her as not being black enough. When a protest happens, Shayla has to decide if any rules are meant to be broken.

“Piecing Me Together” by Renée Watson
Jade’s mother wants her to get out of her poor neighborhood and get opportunities, so she sends Jade to a private school where she feels like an outsider. When she’s invited to join a mentorship program for at-risk girls, Jade struggles with wanting to be good enough and not seen as something broken that needs to be fixed. 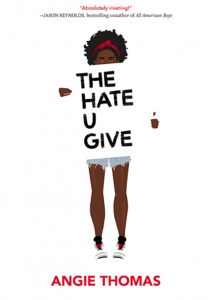 “All American Boys” by Jason Reynolds and Brendan Kiely
Rashad is beaten by a white police officer on the sidewalk in front of a convenience store after the officer made an assumption about an incident in the store. Quinn, who looked up to the police officer as a substitute father figure, witnessed the incident and grappled with the person he knew versus the person he saw. Alternating between Rashad and Quinn’s stories, both boys struggle to understand racial profiling and police brutality. Powerfully written, “All American Boys” shares the perspective of both a black and a white boy in contemporary society.

“The Hate U Give” by Angie Thomas
Starr Carter lives in two worlds, Garden Heights, the primarily black community in which she lives, and Williamson Prep, the primarily white private school her parents send her to in order to keep her safe from the dangers of her neighborhood. After Starr witnesses her unarmed childhood friend being shot and killed by a police officer, she must decide if she should come forward and share the real story of what happened that night after his death becomes national news and riots and protests break out in her neighborhood.

“Stamped: Racism, Antiracism, and You” by Jason Reynolds and Ibram X. Kendi
A young adult version of Kendi’s National Book Award-winning novel “Stamped from the Beginning,” Stamped tackles the subjects of racism and antiracism head-on. This powerful book takes readers through the history of racism and challenges them to closely examine personal feelings and beliefs to “stamp out racists thoughts in their daily lives.”

“Say Her Name” by Zetta Elliott
Inspired by the #SayHerName campaign, this book is a collection of 49 poems that address racial and societal injustice, inequality, and police brutality.

“A People’s History of the United States” by Howard Zinn
This national bestseller has recently been updated to reflect current events. It provides a version of history we are not taught in traditional school textbooks and addresses women and BIPOC in history who were involved in making change across America, including issues of racial equality, women’s rights, workday standards, and other justice issues.

Resources for Talking Race, Racism, and Racialized Violence with Kids

Resources for Talking about Race, Racism and Racialized Violence with Kids