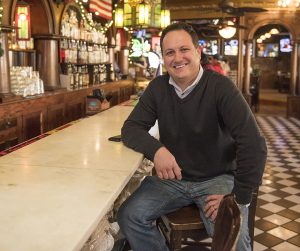 Jeff Dobie, owner of Fatty’s Pub and Grille, has converted operations from sit-down restaurant to pickup and delivery only. (NIU photo).

In a business where 80 percent of restaurants last no longer than five years, Fatty’s Pub and Grille and The Lincoln Inn have easily beaten those odds.

But the longtime DeKalb sit-down restaurants now face unprecedented challenges as the COVID-19 pandemic and a mid-March shutdown order upended normal operations, leaving them scrambling to convert to pickup and delivery only.

Fatty’s and The Lincoln Inn were among 25,000 eateries and bars around the state forced to shift business practices on the fly.

“In about 48 hours we (switched) our business model from a dine-in, sit-down restaurant with carryout being 10-15 percent of our business and no delivery whatsoever to a carryout delivery service,” Fatty’s owner Jeff Dobie said.

Dobie and Lincoln Inn’s Bill McMahon talked about challenges and strategies in an April 10 webinar sponsored by the DeKalb County Visitors and Convention Bureau and a DeKalb County Unites initiative.

Business and revenue losses have been significant, but both establishments remain open

“I’m operating on about 10 percent of my revenues,” said McMahon. “And that will not pay the bills.”

On March 15, Gov. J.B. Pritzker ordered Illinois’ dining establishments and bars closed and recently extended the shutdown through at least April 30 in an effort to slow the coronavirus outbreak.

“I know how difficult this will be on small businesses around the state,” Pritzker said when announcing the closures. “We must do everything we can to safeguard the health of the citizens of Illinois, and that requires this urgent action … This is not a joke. No one is immune to this, and you have an obligation to act in the best interests of all the people of this state.” 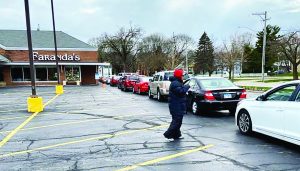 Cars line up for pickup of The Lincoln Inn daily meal offerings at nearby Faranda’s Banquet Center. (Lincoln Inn photo via Facebook).

Fatty’s, established in1998 and located at 1312 W. Lincoln Highway near the Northern Illinois University campus, was on the verge of a big weekend when Pritzker’s shutdown order was issued.

“That’s one of our busiest weekends of the year,” Dobie said. “It’s the weekend before St. Patrick’s Day so a lot of folks celebrated that on a Saturday or Sunday, it was also IESA (elementary school youth) wrestling at the Convo Center — a massive 2½-day event — and there was IHSA Super Sectional basketball on Tuesday, St. Patrick’s Day. So all of those things together combined for one of the biggest four-five days stretches.

“It dropped to one of our bottom five weekends and the bleeding continued through St. Patrick’s Day.”

But Lincoln Inn’s location in the middle of the block on a major downtown street made switching to curbside pickup problematic.

“I was having a sleepless night just thinking about it,” McMahon said. “I thought (about) being involved in Rotary through the years with so many of those drive-through pork chop dinners (so) let’s do meals like that and … do it at the banquet center. Over there we had a parking lot so it’s possible.”

Among the adjustments was a stripped-down menu for Dobie and a focus on rotating family style daily dinners for McMahon.

“People are saying ‘we support small business,’ so I really tested my customers by saying ‘let me pick your dinner on Monday, then on Tuesday we’re going to do pot roast and on Thursday we’re going to do turkey and the fish fry on Friday. But we’re picking. People have been very receptive to that.” 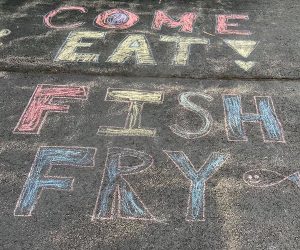 Support of local restaurants during the COVID-19 crisis has also come from other sources.

Local government, community organizations and NIU have rallied to help while  banks have been understanding and accommodating.

A fourth program featured payment of principal, interest and fees up to six months on SBA loans.

Funding for some of the programs had run out last week, prompting calls for replenishment.

The video conference was part of DeKalb County UNITES webinar series “Getting Ready for Recovery: Navigating the New Normal.” It features conversations with local experts and small business owners at 2 p.m. on Mondays, Wednesdays and Fridays.

For more information or to register for future events, visit www.dekalbcountyunited.com/webinars

Sooner or later, full-service dining and entertainment will return to a semblance of normal, but a timeframe is difficult to determine.

“We’re going to be doing this for months,” McMahon said. “We’re not making money off this. What we’re doing is keeping our staff employed, we’re keeping our teams together and we are providing a service.”

So Dobie, McMahon and thousands of other restaurant and bar operators will try to ride out the coronavirus closures as best as they can.

“It can’t last forever,” said Dobie. “We’ve got to find a way to make this a business that can at least bridge us from Point A — which I guess is now — to whatever Point B and C are.”