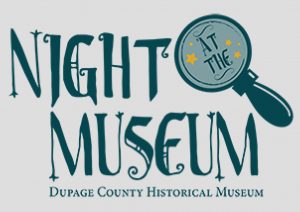 The second Night at the Museum Children’s Party will be held from 6:30-8:30 April 21 at the DuPage County Historical Museum, 102 E. Wesley, Wheaton.

Understanding the National Housing Crisis of 2008

What were the causes and consequences of the U.S. subprime mortgage crisis that contributed to the deepest recession since the Great Depression of the 1930s? Steven W. Kuehl, economic development and Wisconsin state director for the community development and policy studies division of the Federal Reserve Bank of Chicago, will share his insights on economic development, the Community Reinvestment Act (CRA), fair lending laws and consumer banking regulations.

The Elmhurst Park District calls all moms to spend a special night with their sons. A photo of each couple is included in the price. Register at epd.org.

Night at the Museum Children’s Party

The second Night at the Museum Children’s Party offers after-hours fun. Activities include screening of “Night at the Museum: Battle of the Smithsonian,” flashlight scavenger hunt, games, crafts and snacks. All children must be accompanied by a paid adult.

College of DuPage dance faculty and selected students will perform original choreography. Purchase tickets at the MAC ticket office, atthemac.org, or by calling (630) 942-4000.

The Job Expo is designed to allow employers and future employees a way to meet each other. Information about jobs and internships will be available.

This second annual event, presented by Naperville Running Company, will wind through downtown and scenic nearby streets and finish back on campus. The race will benefit two local charities, Little Friends and 360 Youth Services. Go to napervillewomenshalf.events for details and registration.

“Night Falls on Manhattan,” is a 1997 movie about a newly elected district attorney, played by Andy Garcia, who finds himself in the middle of a police corruption investigation that may involve his father and his partner.

Chicago Tribune critic Howard Reich will discuss Elie Wiesel, Wiesel’s literary classic, “Night,” and Reich’s friendship with him. In 2012 when Wiesel received the Chicago Tribune Literary Prize, Reich interviewed him about his life and works. The two struck up a friendship that lasted until Wiesel’s death in 2016, brought together by Wiesel’s work and by the Holocaust—Wiesel as a survivor of the death camps, and Reich, whose mother hid from the Nazis as a young girl. For more information, call (630) 617-5186.

Ellen Kamps, owner of Foxtrot Organic Farm, will demonstrate the skills and tools needed to start a backyard garden. Topics include how to select the perfect space for a garden, how to plant a garden and use organic fertilizers and what is the best soil mix for plants. After the

presentation, a panel will answer gardening questions. RSVP at gardenworksproject.org.