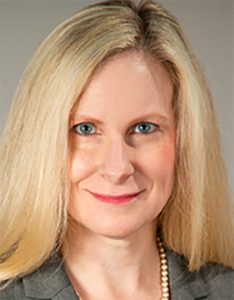 When it comes to Chicago’s rich 182-year history, the “second city” played a surprising role in the works of some of the most well-known American modernist authors.

For College of DuPage English Professor Michelle Moore, exploring Chicago’s past and connecting it to her love of art and literature led to the interesting discoveries in “Chicago and the Making of American Modernism: Cather, Hemingway, Faulkner, and Fitzgerald in Conflict” recently published by Bloomsbury Publishing plc.

“I show how Ernest Hemingway’s long forgotten Chicago friends and mentors are actually the most important in that they caused the development of his famous style. I reveal brand new sources for F. Scott Fitzgerald’s ‘The Great Gatsby’ and long-forgotten sources for his memorable female characters, including Daisy,” she said. “Each chapter has new revelations about often read and well-known novels and writers. There’s nothing obscure here; in fact, it’s quite the opposite.”

Moore’s book offers new insights and revelations about Chicago area history and its influence on several famed writers on both a personal and professional level, including an exploration of Hemingway’s relationship to Oak Park and Frank Lloyd Wright.

For Moore, the inspiration for the book is the culmination of her academic life to this point.

“I’ve been studying, teaching and writing about modernism and literature for years and have presented at conferences focused on several of the writers discussed in the book,” she said. “When I first moved to Chicago 15 years ago, I became fascinated with the city’s rich history and how much of it is unknown and forgotten; even by Chicagoans. This book is the result of these interests coming together.”

Drawn to an academic life focused on literature through a lifelong passion for reading, Moore earned a bachelor’s degree at Dickinson College and both her master’s and Ph.D. at the State University of New York at Binghamton. Before joining COD in 2002, she taught at SUNY at Binghamton and Broome Community College in New York. She was named Outstanding Overall Faculty Member at COD for the 2010-2011 academic year.

Her work has been published in the “Faulkner Journal,”“Cather Studies” Issues 9 and 11, and in “Film/Literature Quarterly,”as well as contributingchapters in “Rape in Art Cinema,” “Teaching Henry James and the Turn of the Screw” and forthcoming “Teaching Hemingway in the Digital Age,” Moore is currently coediting a book on the work of film director Paul Schrader with COD Associate Professor of English Brian Brems.

Moore said that while writing “Chicago and the Making of American Modernism” provided great gratification in being able to tell the story of Chicago’s important role in the birth of Modernism in America, the process was not without its challenges.

“Archival work takes a great deal of time, patience, and thought. It’s like putting together a giant puzzle; you have to first find the puzzle pieces,” she said.

She said that she’s already seen elements of the book work their way into the classroom.

“I’m able to share a deeper view of these writers and their connection to Chicago history and the modernist movement,” she said. “My students now are getting information in the classroom that has been buried in disparate archives for decades.”