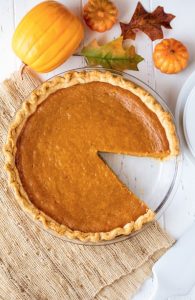 Pumpkin pie completes Thanksgiving dinner, and the Naperville Park District wants to make sure those in need will have pie for Thanksgiving, too. The district is holding its 12th annual Pennies for Pies drive to collect donations to help pay for pumpkin pies that will be included in Naperville’s Loaves & Fishes’ Thanksgiving meals.

The annual Illinois School Report Cards being released this week will reflect a new formula for measuring achievement of students in kindergarten to eighth grade.

The State Board of Education has updated its system for reporting school performance by assigning each public school a rating that sums up its performance based on multiple indicators.

The school report cards will continue to report the percentages of students meeting or exceeding expectations, or who fall into other categories. But rather than focus solely these percentages, the new formula for K-8 schools will now emphasize students’ academic gains. The formula will employ an accountability system that speaks to the effectiveness of instruction.

DuPage County, the Forest Preserve District of DuPage and the village of Glen Ellyn are joining forces in a grant application for planning and developing a new trail along the east branch of the DuPage River.

The three governmental bodies will create a joint application for a Local Technical Assistance Planning Grant with the Chicago Metropolitan Agency for Planning (CMAP).  This grant would fund evaluation and review of a portion of the proposed East Branch DuPage River Greenway Trail between the Great Western Trail and Illinois 56, or Butterfield Road.  The purpose of this planning grant, if approved, would be to better define a preferred alignment of the proposed trail, identify environmental resources and features to minimize impact, to engage stakeholders and the community in forming a consensus and identifying estimated costs of this four-mile segment.

To fund the effort, DuPage County and the Forest Preserve District have each allocated $75,000 and Glen Ellyn has pledged $10,000 to serve as a grant match, should the application be approved.

This short connection would join two of the most traveled trails in the county and would provide trail access to Churchill Woods Forest Preserve.

Author to speak on how Illinois became to be

Frank Cicero, Jr., author of “Creating the Land of Lincoln,” will speak at 3 p.m. Nov. 3, at The Robert R. McCormick House at Cantigny Park in Wheaton.

Published in March and coinciding with the state’s bicentennial, “Creating the Land of Lincoln: The History and Constitutions of Illinois, 1778-1870, “recounts how three constitutions shaped the Prairie State to be what it is today.

In his book, Cicero sheds light on the vital debates of delegates who, freed from electoral necessity, revealed the opinions, prejudices, sentiments and dreams of Illinoisans at critical junctures in state history. He analyzes decisions large and small that fostered momentous social and political changes in Illinois.

Cicero’s presentation, followed by a book signing, will take place in the Gold Theater of the McCormick House at Cantigny, ‘s 1S151 Winfield Road, Wheaton. Books will be available for sale. Admission is free but seating is limited. To make a reservation, register at Cantigny.org or call 630-260-8162.

The Naperville Park District will hold its 12th annual Pennies for Pies drive Nov. 1-16 to help pay for pumpkin pies that will be included in Naperville’s Loaves & Fishes’ Thanksgiving meals.

Residents and visitors to park district facilities are encouraged to donate small change (or make larger donations) that will be used to purchase the pies. Donations are being accepted at the following locations:

The Glen Ellyn Woman’s Club will present historian Kathryn Atwood, who will describe the
experiences of “Women Heroes of WWII,” in a presentation 1 p.m. Nov. 6 at the Glen Ellyn History Center, 800 N. Main St.

Atwood will focus on 15 women who served in the U.S. Army as spies and who were prisoners of war, guerilla fighters and courageous servicewomen. The public is welcome to attend this event. Admission is free. Call 630-469 4516 to make a reservation.