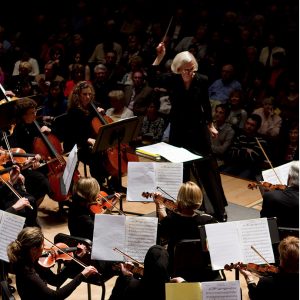 If you get a check from the state, cash it. It’s legit.

Thanks to the state’s new Money Match II program, lost cash checks between $5 and $49.99 could arrive in mailboxes before the holidays. The program builds upon the initial Money Match program launched in August. That effort returned about $12 million to 63,000 Illinois residents who were the sole owners of unclaimed cash valued between $50 and $2,000.

Illinois holds more than $2 billion in unclaimed property. The state treasurer is legally required to get the property to the rightful owners.

The state treasurer’s database can be searched for names of residents, businesses or nonprofits, at illinoistreasurer.gov/ICASH.

A Satanic statue has joined seasonal religious displays in the Illinois State Capitol.

The Satanic Temple of Chicago was granted permission to place its statue near a Hanukkah menorah and Christian Nativity scene in the capitol rotunda in Springfield, as it says is its constitutionally-protected opportunity to contribute its perspective to the numerous religious viewpoints. The statue is approximately four and a half feet tall and about 18 inches long. Entitled “Snaketivity,” the statue portrays a female hand, encircled by a serpent, holding an apple. The inscription on the pedestal reads “Knowledge is the Greatest Gift.” The design of the statue keeps with The Satanic Temple’s values of advocating knowledge and rationality over superstition, ignorance, and dogma, according to the group’s website.

The Satanic Temple is a non-theistic religious organization determined to halt “the dangerous encroachment of theocracy” into American government. The Chicago chapter was established in February.

The Satanic Temple says that its members are atheists who are often interested in community activism. They do not promote a belief in a personal Satan, but embraces the “struggle for justice” and believes people should “strive to act with compassion and empathy toward all creatures.”

The 12 county board members will serve four-year terms. They are:

Chaplin, DiCianni, Eckhoff, Hart, Tornatore and Zay are incumbents, while the other six are new members of the board.

West Chicago Elementary School District 33 is looking for bilingual teachers who speak English and Spanish for the upcoming 2019-2020 school year. Prospective candidates are invited to the district’s annual in-house job fair, to be held 12-6 p.m. Dec. 19, at the district office, 312 E. Forest Ave.

If you love holiday music, then there’s nothing quite like the seasonal sounds of a full symphony orchestra powering through “The Nutcracker” or gliding along the wintry fairy land of “Sleigh Ride.” The DuPage Symphony Orchestra will perform two Joy to the Holidays family concerts at 2 p.m. and 4 p.m. Dec. 16, at Wentz Concert Hall at the Fine Arts Center, 171 E. Chicago Ave., Naperville.

The concert will feature a variety of classic and holiday selections, including excerpts from Tchaikovsky’s Nutcracker Suite, Vaughan Williams’ “Fantasia on Greensleeves,” and Leroy Anderson’s “Sleigh Ride.” Along with medleys of popular carols and seasonal songs, the program will present short works by 19th-, 20th- and 21st-century composers.

These family concerts are opportunities to acquaint future musicians and patrons with the symphony. The concerts run a little less than an hour, have family-friendly ticket prices, and present a variety of familiar and enjoyable repertoire.

Tickets cost $15-$18. For information, call 630-637-7469 or visit dupagesymphony.org. If that’s the case, subject to availability, rush tickets may be available 10 minutes before showtime at the DuPage Symphony Orchestra Patron Services table.

Valet parking program is being tested

Glen Ellyn is trying out a pilot valet parking program this holiday season at five local restaurants. The program, which kicked off Nov. 30, offers free valet parking for diners at five restaurants in the 400 block of Main Street on Friday and Saturday evenings.

The free valet parking program will continue through March, when village officials will evaluate it.