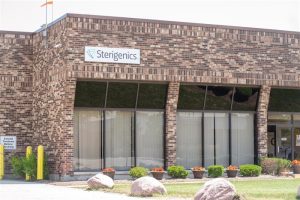 SPRINGFIELD — A senior federal official stalled inspections by regional offices to monitor cancer-causing emissions at suburban facilities in Illinois, according to a report by the inspector general which audits the performance of the U.S. Environmental Protection Agency.

The report also found EPA officials delayed informing suburban residents about the ethylene oxide emissions at a Willowbrook sterilization facility and did not conduct public meetings with residents living near two other facilities in Lake County.

The report examines the U.S. EPA’s response to ethylene oxide emissions monitoring at the three Illinois facilities, following the agency’s determination in late 2016 that the odorless gas is 30 times more carcinogenic to adults than previously thought.

Medline Industries in Waukegan uses ethylene oxide to sterilize medical equipment. Sterigenics, a facility in Willowbrook which used the chemical for the same purpose, closed in 2019.

The Vantage Specialty Chemicals facility in Gurnee uses ethylene oxide to make ingredients for personal care, food, consumer products and other uses. It remains in operation, along with Medline.

After the EPA elevated the cancer risk for ethylene oxide in December 2016, regional EPA officials in Illinois conducted emissions monitoring around Sterigenics in May 2018 that “showed ambient ethylene oxide concentrations that would lead to increased cancer risk if people were exposed for a lifetime,” according to the report from the U.S. EPA Office of the Inspector General.

When regional EPA staff requested permission in September 2018 to conduct testing at other ethylene oxide-emitting facilities in the region, an unnamed “senior political leader” at EPA instructed regional staff not to conduct inspections at any other facilities unless invited by the state, according to the report.

“Senior political appointees” at the federal agency also instructed regional EPA staff to limit ambient air monitoring of ethylene oxide to Sterigenics, and not to seek help from the Agency for Toxic Substances and Disease Registry, which operates under the federal Department of Health and Human Services.

The inspector general’s report also accuses senior leaders at EPA of delaying the public release of the Sterigenics monitoring results for about two months and limiting the scope of information that was publicly released online in August 2018.

“The EPA delayed communicating preliminary findings of health risks from ethylene oxide-emitting facilities to community residents in Illinois,” the report states. “Further, the agency did not actively conduct outreach with residents living near the Medline and Vantage facilities. Instead, state and local agencies communicated risks to these communities.”

Lake County residents, including those who are members of the Stop EtO in Lake County organization, have advocated for EPA testing at Medline and Vantage in Lake County, and for legislation to decrease and phase out ethylene oxide emissions at the facilities.

In June 2019, city officials in Gurnee and Waukegan, along with the Lake County Health Department, hired an outside company to conduct air monitoring around the facilities and asked the Agency for Toxic Substances and Disease Registry to perform a similar health assessment that was done in Willowbrook for Sterigenics.

Sen. John Curran, a Downers Grove Republican whose district includes Sterigenics, said in a statement that the “deception” described in the inspector general’s report put thousands of lives at elevated risk.

“It’s unconscionable that even after officials finally had ethylene oxide emissions data in hand, a deliberate decision was made not to disclose this information,” Curran said in the statement.

“The people of Willowbrook should have been able to rely on the US EPA and Sterigenics to be good community partners and forthright with critical health-related information. Instead, the U.S. EPA’s gross negligence and ultimate disregard for sharing critical information was a direct attempt to cover up this environmental disaster.”