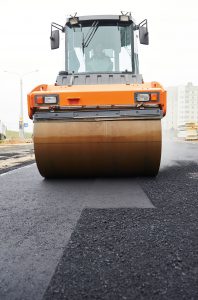 Public works officials say most seasonal roadwork projects will be system preservation and repair due to budget constraints. (123rf photo)

If proof is needed that spring has arrived, the return of singing birds, tulips peeking above flower beds and heavy construction equipment revving up for another busy season offers ample evidence.

While the Illinois Tollway is in the middle of a $14 billion capital expansion program, many other public works departments —  including the Illinois Department of Transportation (IDOT) —  are emphasizing system preservation.

“Currently most of our money is going toward maintenance of roads and bridges. We have very little capacity to expand due to budget constraints,” said John Baczek, IDOT’s program development engineer, during a roadwork information session hosted by State Rep. Stephanie Kifowit (D-Oswego) earlier this month.

Still, there’s a full slate of work planned throughout the far western suburbs this season:

Improvements to Farnsworth Avenue between Sheffer Road to Mountain Street have been under way for about a year, said Chris Lirot, a road and bridge coordinator with the City of Aurora.

The $6 million road widening project should be completed later this year.

Lirot said the work includes the installation of new water main, storm sewer, replacement of the triple culverts at Indian Creek with a new pre-cast deck beam bridge, raising of the street profile to alleviate flooding, roadway reconstruction and resurfacing.

Phase one engineering has also begun on Aurora’s Montgomery Road Bridge Built in the. late 1970s, the bridge will be “widened and made more pedestrian friendly,” Lirot said.

“We have done about 10 bridges in the last ten years—these are the last couple of bridges to be completed,” he said.

Lirot said the City of Aurora will resurface 108 streets in the coming months including redoing adjacent sidewalk ramps.

“In the last five to 10 years, the ADA requirements on ramps have gotten a lot tighter,” he said.

Through a cooperative agreement with the City of Aurora and IDOT, initial plans for the realignment of Eola Road at Heggs Road will go out for bid later this year with construction to begin in 2018.

“The alignment of the road will change.  It will be a much safer road,” Lirot said.

Lirot said construction should begin in the next month on a pedestrian bridge which would connect RiverEdge Park to nearby parking lots.

“It is expected to be a two-year project,” he said.

The State of Illinois began resurfacing Ogden Ave. from I-355 to Naper Blvd. last year, according to Hynes.   This spring, construction has already begun on the portion of Ogden Ave. between Naper Blvd. to Raymond Drive.

Looking forward, Hynes said, the downtown Washington Street Bridge will be replaced during the 2020 construction season.

“It will have a significant traffic impact,” he added.

Additional plans include widening North Aurora Road from the Canadian National Railroad underpass to Fairway Drive in 2020 with cooperation between the City of Naperville, City of Aurora and Naperville Township.

He added in 2021, tentative plans include the intersection in the far south intersection of 95th and Book Road in Naperville.

In a recent agreement with DuPage County, the City of Naperville’s centralized traffic management system will be linked with the county’s central signal system—aimed at improving efficiencies at traffic stops.

Based on a report from the DuPage County Department of Transportation, in 2018, approximately 42 lane miles of DuPage County highways will be patched and resurfaced at a cost of just over $22 million.

The report states other major projects include improvements on 55th Street, Greenbrook Boulevard, and expansion of our Central Signal System.  Along 55th Street in Downers Grove, the intersections at Main Street and Fairview Avenue will be widened to provide left turn lanes and the signals modernized and interconnected.  From Dunham road to Williams street, 55th Street will resurfaced from Dunham Road to Williams Street.  Greenbrook Boulevard will be patched and resurfaced from County Farm Road to Lake Street.

Construction on the Longmeadow Parkway Bridge Corridor continues to be the “main focus” of work by the Kane County Division of Transportation, according to Steve Coffinbargar, Assistant Director of Transportation.

With several sections completed,  construction will continue from east of Illinois Route 25 to Illinois Route 62 with a completion date of June 2019, Coffinbarger said.

Another section from White Chapel Lane to east of Illinois Route 31 with a completion date of November 2019, Coffinbargar said.

The project is not without controversy. A change.org site was created to stop construction due to the effect on Kane County’s Brunner Forest Preserve.  However, those in favor of the project state it is needed to reduce traffic.

Jennifer Hughes, Oswego’s public works director, said, “we are doing some patching work and that’s it.”

She said the Village is “banking” money that would have been spent on roads this year to reconstruct several downtown Oswego roads including Adams, Harrison, and Jackson in the 2019-20 construction season.

Another major project is Wolf’s Crossing Road between Eola Road and Route 34, she said.

The $61 million project is currently in phase one study. “We are going to shrink the project into ten segments with an estimated cost of $6 million per segment,” Hughes said.

And even that isn’t ideal. Hughes said, “If we could do it all at once that would be great.” In reality, Hughes said, the money is not available.

Work begins this year on the intersection of U.S. Route 30 at Harvey Road to include the installation of a traffic light at a cost of just under $1 million.

After several years of study, IDOT is closing Harvey Road at U.S. Route 30 and installing a traffic signal at Treasure Drive/Gastville Street to accommodate the relocated traffic, she said.

The project should improve safety along U.S. Route 30 and eliminate a high hazard intersection, Hughes said.

A cul-de-sac on Harvey Road just south of U.S. Route 30 will be added, she noted.

Another priority for the Village is to complete Harvey Road at Wolf’s Crossing south of Oswego East High School. “That area has the highest number of accidents and large drop offs,” Hughes said.

This year, IDOT will be completing the reconstruction of U.S. Route 34 from Illinois Route 47 to Orchard Road in Oswego.

The $33 million project began in 2018 and should be completed by Thanksgiving, according to Hughes.

Kendall County was recently awarded money for the reconstruction of the Millington Road Bridge, according to John Burscheid, an assistant engineer with the Kendall County Highway Department.

Burscheid said construction on the approximately $1.5 million project should begin in the “next month or two.”

Other Kendall County construction projects include:

According to Burscheid the following township roads will be resurfaced this year:

“Drivers should prepare for travel delays on Interstate 88 this summer,” said to Dan Rozek, senior. manager of communications with the Illinois Tollway.

“The Tollway will be resurfacing 37 miles of the Reagan Memorial Tollway (Interstate 88) between Illinois Route 251 in Rochelle and Illinois Route 56 in Sugar Grove to extend the life of the roadway and provide a smoother driving surface for the more than 40,000 vehicles that use this segment daily,” Rozek said.

Traffic will be reduced from two lanes to one lane in each direction in work zones during construction throughout the majority of the resurfacing project, he added.

“Interchange ramp work is also planned in this area and will require closures and some detours. This roadway work is scheduled to be completed by the end of the year,” Rozek said.

“Traffic shifts will be required during this work, but at least two lanes will remain open in each direction,” Rozek said.

He added that reconstruction of the eastbound lanes of Interstate 88 is scheduled to occur in 2019.

While still determining the exact route of the Interstate 490 Tollway, Rozek said the project which is expected to be completed by 2025  will run along the western edge of O’Hare International Airport, connecting the Jane Addams Memorial Tollway (Interstate 90) with the Tri-State Tollway (Interstate 294) and the new Illinois Route 390 Tollway to provide western access into O’Hare Airport.

In 2019, IDOT will resurface Illinois Route 59 from McCoy Drive to the Will County line and White Eagle Drive to English Rows Avenue at an estimated cost of $4.4 million.

At the same time pedestrian ramps will be redone to be up to the current ADA standards, he added.

“We have been focusing a lot of our effort on being ADA compliant,” IDOT’s Back said.

Still, he warned that “anything outside the current fiscal year is subject to funding availability.”