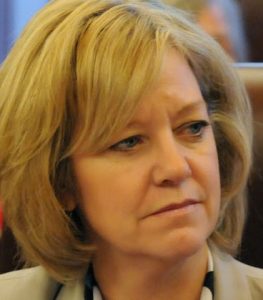 Former Republican gubernatorial candidate Jeanne Ives is blasting her potential congressional race opponent over his vote to impeach the president.

Ives said that U.S. Rep. Sean Casten (D-6th) and other Democrats have demanded impeachment since Election Night 2016. She said Democrats voted to impeach President Donald Trump on Dec. 18 because they don’t trust Americans not to re-elect him.

“Sean Casten has spent his three years in office on crusades against the 2016 election results, the Industrial Revolution, religious liberty, private health insurance and general decency,” Ives said in a statement. “He is a representative of the most extreme elements of the (U.S.) House Democratic Caucus rather than the people who sent him to (Washington) D.C. to represent their interests. Sean Casten voted to take away your vote. In 2020, take away his vote in Congress. The 6th District doesn’t need to be ruled. We need to be represented.”

Ives, of Wheaton, will first face Gordon “Jay” Kinzler of Glen Ellyn in the Republican primary in March. The winner will take on Casten, of Downers Grove, in the General Election in November.

Casten, who was elected in 2018, said voting to impeach the president was not something on his bucket list when he took office, but that it was the right thing to do after evidence showed Trump held up aid to the Ukraine in an effort to get that country’s leaders to announce an investigation into his potential 2020 opponent, former Vice President Joe Biden. Biden’s son, Hunter, was on the board of a utility company in the Ukraine when his father was vice president. 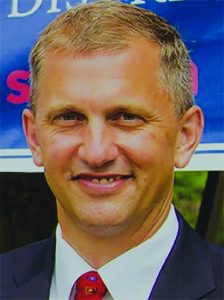 “Impeaching the president was not a step I foresaw when I began my service as a representative,” Casten said. “However, as an elected official, I took an oath to protect and defend the Constitution, against all enemies, foreign and domestic. The Constitution explicitly includes impeachment as a final check against those who would wield executive power in the service of ‘treason, bribery or other high crimes and misdemeanors.’

“These abuses of power are exactly what President Trump committed when he withheld military aid to an ally to pressure a foreign government to investigate a political rival, and then systematically obstructed Congress’ ability to learn the truth of his actions. These are the deeply troubling facts that led me to vote for both Articles of Impeachment and uphold my constitutional responsibility to protect our nation. No matter the outcome of this process, I will continue to fight to ensure a better future for all and future generations to come, including combating the climate crisis, providing accessible health care, and ensuring a growing economy that benefits all Americans.

“Now it is the U.S. Senate’s constitutional responsibility to hold a trial to determine whether to convict the president.”