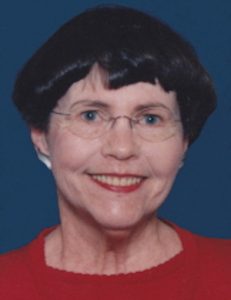 Margaret Price, the only woman to so far serve as mayor of Naperville, has died.

Price, known as Peg, died Sunday, April 26 at the St. Patrick’s Residence in Naperville. She was 87.

Price was elected to and served two terms as mayor, from 1983-1991. She served on the City Council before and after she served as mayor. She also served the city’s Plan Commission.

Price is credited with being the first mayor to deliver a formal State of the City Address, which became an annual event that continues to this day.

She also as mayor led the city staff on beginning the planning and construction of the Naperville Municipal Center on Eagle Street and the formation of Naperville’s water utility.

The city posted an official statement on her passing on its Facebook page:

“Mayor Price’s leadership during a transformative time for our City shepherded in numerous new developments, additional City infrastructure, the formation of our Water Utility, and construction of the current Municipal Center. She held a variety of roles in her 30-year public service career, including two terms as Mayor and two terms on City Council.

“She also served as a plan commissioner, on the DuPage Mayors and Managers Conference, and the Northeastern Illinois Planning Commission. She started the State of the City address that has become an important annual event. An avid volunteer, she was known to speak her mind and not back down from a challenge. Our hearts and thoughts are with Mayor Price’s family today. We are grateful for her service to our city.”

Price was the first woman to regularly attend meetings of the Rotary Club of Naperville and when the service club finally welcomed women as members in 1987 she was one of the first two women to officially join.

She served as a member of the city’s Riverwalk Commission and was a champion of the Riverwalk, a centerpiece of downtown Naperville, being developed as part of the city’s sesquicentennial celebration in 1981.

She was active with the Maplebrook II Homeowners Association, Naperville Area Homeowners Confederation, League of Women Voters, Loaves & Fishes at St. Raphael’s as well as many charity golf outings and fundraisers.

Price was born April 8, 1933 in Eau Claire, Wisconsin and moved to Naperville in 1967 when her husband Charles “Chuck” Price was transferred there for his job with Western Electric Company/Lucent Technologies.  Charles died on Sept. 18, 2019.

She is survived by her two sons and their families, including two grandchildren.

Due to the current health crisis, a Mass of Christian Burial will be celebrated at a later date at St. Raphael Catholic Church, Naperville.

For a complete obituary, go to Freidrich-Jones Funeral Home in Naperville.