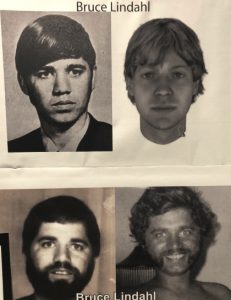 Bruce Lindahl, now deceased, of Aurora has been named as the murderer of Pamela Maurer of Woodridge 44 years ago.

Law enforcement officials are hoping that even more cold cases can be solved now that the 1976 murder of a 16-year-old girl in DuPage County has been figured out with the help of DNA evidence.

Maurer’s body was discovered at 7:30 a.m. Jan. 13, 1976 in the snow on the side of College Road in Lisle. She had been sexually assaulted and strangled.

Between 9:30 and 10 p.m. Jan. 12, 1976, Maurer left a friend’s house and walked to a nearby location to get a soda. The next morning, a road crew discovered her body on the side of College Road.

Investigators found that Maurer had been sexually assaulted and that her murder occurred within a very short time of leaving her friend’s home.

Her murder was investigated by the Lisle and Woodridge police departments, including the collection of biological evidence from the teen’s body.

In 2001, evidence from Maurer’s body was analyzed at the DuPage County Sheriff’s Crime Laboratory and a DNA profile of her killer was created. That profile was entered into the Combined DNA Index System but no hits were generated.

Last year, additional advanced DNA testing and analysis was conducted on the forensic evidence by Parabon Nanolabs at the request of the Lisle Police Department and DuPage County State’s Attorney’s Office. The testing resulted in the creation of a “Snapshot” prediction for traits such as the murderer’s eye, hair and skin color, and face shape, and a composite that provide an approximation of the subject’s appearance.

Additional Genetic Genealogy analysis was conducted through which authorities identified Lindahl, then 23 and living in Aurora, as a person of interest. Lindahl, who had resided at 1023 Solfisburg in 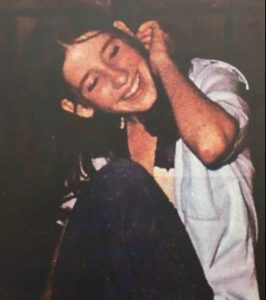 Pamela Maurer of Woodridge was last seen alive on Jan. 12, 1976 after leaving a friend’s house in Lisle.

Aurora, was already deceased having been the apparent victim of accidental, self-inflicted injuries he sustained in the 1981 stabbing death of 18-year-old Charles Huber of Naperville.

In November, with the cooperation of the DuPage County Coroner’s Office, Lisle Police Department, DuPage County Sheriff’s Office and members of the State’s Attorney’s Investigations Division, Lindahl’s’ body was exhumed and specimens from his remains were collected to obtain DNA for comparison to the DNA collected from Maurer’s body in 1976. Both the Sheriff’s Crime Laboratory and DNA Labs International were successful in extracting and profiling DNA from Lindahl’s remains, which confirmed that the DNA recovered from Maurer’s body was consistent with Lindahl’s DNA profile.

The chance that a person at random would match the DNA pulled from Maurer’s body is 1 in 1.8 quadrillion, according to Berlin.

“More than four decades have passed since Pam Maurer was brutally murdered and sexually assaulted,” Berlin said. “During that time, however, dozens of law enforcement personnel from multiple jurisdictions have kept her in their hearts and it is because of their diligence, commitment and compassion we are here today. I would like to personally thank each and every person who worked on this case the past 44 years for their commitment to justice and the memory of Pam Maurer.

“I would particularly like to acknowledge and commend the efforts and dedication of the Lisle and Woodridge police departments, especially Detective Chris Loudon from Lisle, the DuPage County Sheriff’s Office and Crime Laboratory, the DuPage County Coroner’s Office, Parabon, DNA Labs International and investigators from my office,” Berlin continued.

“I urge anyone with any information about Bruce Lindahl, any crimes involving Bruce Lindahl or any possible victims of Bruce Lindahl to please contact us via our tip line at 630-407-8107 or Detective Chris Loudon of the Lisle Police Department at 630-271-4252,” Berlin said.