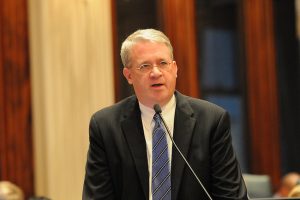 “Protecting the health and well-being of the people of Illinois has always been my top priority; and I’m proud that this legislation keeps dangerous pollutants out of our communities,” Pritzker said. “Families in affected areas can breathe easy. Illinois now has the strictest safeguards in the nation; and I appreciate the hard work of the General Assembly in developing this bipartisan legislation and bringing it to my desk.”
“As attorney general, I am pleased that, with Governor Pritzker’s signature, Illinois will lead the nation in enacting stronger regulations of facilities that emit ethylene oxide,” said Kwame Raoul. “I appreciate the General Assembly’s work to craft new, stringent regulations of ethylene oxide, which my office will work with the Illinois EPA to enforce.”
“Protecting Illinois residents from the threat of ethylene oxide was a bipartisan effort and I would like to thank everyone, including Governor Pritzker and his staff, who worked on this legislation that ensures proper protections are in place when it comes to this dangerous chemical,” said state House Republican Leader Jim Durkin of Western Springs. 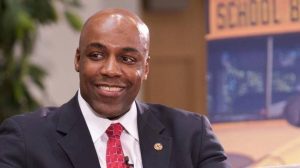 “The tragic situation which unfolded in Willowbrook at the Sterigenics facility should have never happened. This law will help make sure that it never will again.”
“This new law creates the strongest ethylene oxide sterilization regulations in the nation,” said state Sen. John Curran (R-Downers Grove). “I would like to thank Governor Pritzker for swiftly signing this bill into law.”
“It is vital that once a public health crisis is identified, it is dealt with as quickly and aggressively as possible,” said state Sen. Melinda Bush (D-Grayslake). “As soon as I learned that Lake County had two companies that were emitting ethylene oxide into our air, I started to work on what is now the strictest set of regulations of ethylene oxide emissions in the United States. Governor Pritzker is signing into law two very important bills – bills that both set the highest emissions standards and ensure constant monitoring of those that use ethylene oxide. Our residents deserve nothing less than clean air to breathe.”
“There is nothing more important than the health and wellbeing of our families,” said state Rep. Joyce Mason (D-Gurnee). “For years, facilities using ethylene oxide have released it into the air under little scrutiny from regulatory agencies.  This legislation takes a strong stance against harmful polluters and puts the health of our residents first.”
“From the moment we found out about the risks we faced, our village’s number one priority has been the health and safety of our residents, and those who were affected around us,” said Willowbrook Mayor Frank Trilla. “Words cannot express how grateful we are for this legislation and what it will do to address the problem going forward.”
“The issue of clean air is absolutely non-negotiable,” said DuPage County State’s Attorney Robert Berlin. “This new legislation will place the most stringent operational restrictions and requirements on any facility that uses ethylene oxide in the entire nation. It will go a long way at enabling the attorney general and state’s attorneys across Illinois in protecting our environment and keeping the air we breathe free from dangerous levels of ethylene oxide. I would like to thank Governor Pritzker as well as the General Assembly for their efforts in addressing this public health hazard and keeping our air clean.”

Matt Haller of Willowbrook, for whom the act requiring all ethylene oxide emission to be captured in the medical equipment sterilization plant is named, died at the age of 45 from stomach cancer. He was the first of the litigants who have filed suit against Sterigenics about health issues to die.
His widow, Colleen Haller said: “Matt loved this community.   Named in his honor, this law is part of his legacy of being a caring father and fighting for our families.”
“The emission of cancer-causing ethylene oxide is personal to so many families and their actions to stand up for themselves and their neighbors were crucial to secure this major legislative success,” said Jen Walling, executive director of the Illinois Environmental Council. “We are grateful to the General Assembly and Governor Pritzker for actively protecting Illinois communities from environmental contaminants.”
“While special interests are weakening protections at the federal level, Illinois’ passage of (Senate Bill) 1852 is a strong first step in recognizing that ethylene oxide is an extremely dangerous chemical and that regulations need to reflect the danger it poses to public health,” said Stop Sterigenics member Margie Donnell.   “Our community is grateful to Senator Curran for standing with us from the beginning and the governor for promises kept.” 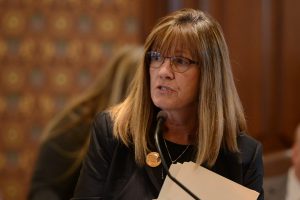 “We are grateful to Senator Bush and Representative Mason for spearheading this legislation and to Governor Pritzker for signing it into law.  Stop EtO in Lake County will continue to work to ensure that all residents of Illinois are protected from this dangerous gas.”
Here is information about each new law:

Under Senate Bill 1852, ethylene oxide sterilization facilities would be prohibited from operating in Illinois unless:

The bill requires facilities to conduct an initial emissions test within 180 days and yearly tests thereafter, and the results must be submitted to the Illinois Environmental Protection Agency.

Upon receiving a failed emissions test, a facility must:

The measure also requires EtO sterilization facilities to conduct quarterly ambient air testing and to obtain construction permits from the Illinois Environmental Protection Agency before making the modifications required to comply with the emissions limits in the legislation.

After Jan. 1, any new facility seeking a permit to sterilize with EtO must comply with setback requirements mandating that the facility be located at least 10 miles from schools or parks.
The measure prohibits facilities that have previously been subject to a seal order from the Illinois EPA relating to EtO emissions from using the substance unless the facility can certify to the Illinois EPA that EtO is the only available sterilization method for the medical instruments or other products and that the facility’s emissions control system uses technology that produces the greatest possible reduction in EtO emissions.

Senate Bill 1854
Senate Bill 1854 applies emission limits on non-sterilization facilities that emit ethylene oxide. Beginning in 180 days, any such EtO facility would be required to obtain a permit from IEPA, which must include a site-specific cap on the facility’s EtO emissions.

Hospitals are specifically excluded from the requirements of the bill.
The Illinois EPA will also be required to conduct at least one unannounced inspection of all EtO sterilization sources per year and air testing to determine the ambient levels of EtO throughout the state.
Both SB 1852 and SB 1854 take effect immediately.