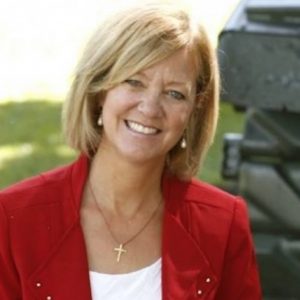 U.S Rep. Sean Casten’s potential fall opponent is ripping him for his vote against a bipartisan measure to extend a federal ban on the illegal sale of fentanyl.

Former state representative and gubernatorial candidate Jeanne Ives, a Republican running for the congressional seat held by Casten, D-6th, said that the congressman is apparently not concerned with protecting vulnerable communities as had the vote gone his way it would have been substantially harder for federal law enforcement to prosecute dealers of the synthetic opiod, which has been responsible for tens of thousands of deaths over the past several years.

“Sean Casten truly represents the extreme left wing of the Democrat base,” Ives said. “His reason for voting against this common-sense measure was his worry that street dealers would be over-prosecuted.

“It is because of radicals like him that Democrats are becoming the party of lawlessness and anarchy. We have to wonder: What will be the next law Casten won’t want enforced? How will he tie law enforcement’s hands next?”

­Casten said he voted against the measure because he feels efforts would be better spent finding solutions for opiods and other substance abuse disorders, cutting the demand rather than continuing to focus on the supply.

“We are in the midst of a national opioid epidemic, and we desperately need to make sure that those who suffer from addiction get the treatment and rehabilitation they need. And while this bill was certainly ‘tough on drugs,’ it is not smart on drugs,” Casten said. “Addiction is a disease. And yet, for decades we have treated it as a crime. Rather than giving people the treatment they need, we spend money to put them into prisons, wasting finite resources without ever addressing the root cause. 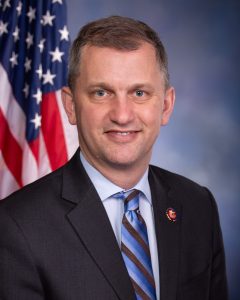 “But in tackling this crisis, we must learn from the mistakes of our past: The War on Drugs was a failure. It not only failed to stem the tide of drug abuse and addiction, it kicked off the mass incarceration of people of color we still wrestle with today. The enforcement against the sale of fentanyl analogues is no different. Most of the arrests made under the DEA’s emergency scheduling are against low-level dealers and people of color, the vast majority of whom aren’t even aware they’re carrying a fentanyl analogue. It is time to be smarter. It is time to recognize that the best way to cut the demand for addictive substances is not by reducing the supply. It didn’t work during prohibition, and it isn’t working now.”

A number of Illinois Democratic reps joined Casten in voting against the Temporary Reauthorization and Study of the Emergency Scheduling of Fentanyl Analogues Act, which extends the U.S. Drug Enforcement Agency’s temporary order for fentanyl-related substances, creating mandatory-minimum prison time for offenders and providing resources for the prosecution of individuals transporting trace amounts of the drug.

The measure passed 320-88. More than 10 percent of the opposing votes came from Illinois Democrats.

Illinois congressional votes on the act were:

Casten said intervention, not incarceration, is the answer to the problem

“Rather than focusing on locking up low-level dealers, the federal government must put its full weight behind interventions that will actually put an end to drug addiction,” Casten said. “I look forward to working with my colleagues to develop smarter, patient-focused solutions to the opioid epidemic and hope that the passage of this bill, in spite of my vote, doesn’t preclude the desperate need for a more thoughtful and evidenced-based approach.”

Jeanne Ives, who faces Dr. Gordon “Jay” Kinzler in the Republican primary, said that the federal legislation may not be a permanent solution, but it protects communities until a more meaningful solution to the overdose crisis can be found.

The former state rep noted that a study by the RAND Corp., a nonprofit global policy think tank, found “The sudden appearance of the drug fentanyl in the U.S. has driven up overdose deaths dramatically.”

Ives said Casten continues to be on the wrong end of crime issues.

“He supports sanctuary city policies, which prevent violent criminals — in the country illegally — from being prosecuted to the fullest extent of the law,” Ives said. “He advocates more gun-control laws but won’t hold (Cook County State’s Attorney) Kim Foxx accountable for refusing to prosecute gun crimes in Chicago. Now, he protects drug dealers rather than families on his district.”