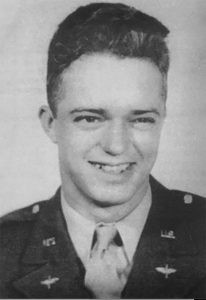 For 77 years, the late Roger Penninger was little more than a question mark on the family tree for his niece, Regina Penninger.

“We knew he was killed in the Korean War,” said Chuck Dvorak, Reggie’s husband. “I thought he was a soldier.”

But over the summer of 2018, Reggie’s cousin, Ted Penninger, located them via social media and informed them of an annual conference in Washington, D.C., sponsored by the Defense POW/MIA Accounting Agency.

What they learned at that conference and a subsequent trip to South Korea took the Dvoraks on a journey of discovery that has left them feeling both proud and somewhat overwhelmed.

They learned that Roger Penninger, who grew up in south suburban Palos Hills, was in fact a co-pilot on a B-29 Superfortress shot down on a bombing mission over North Korea, and that he had flown bombers in both World War II and Korea.

They learned their uncle died on one of the darkest days in U.S. Air Force history, during what would become known as Black Tuesday over Namsi. On Oct. 23, 1951, nine B-29s left Kadena Air Force base on Okinawa and  only one returned.

They learned that their uncle died a hero who helped saved the lives of four airmen. They even learned the name of the Russian pilot who shot down their uncle’s plane —Lt. Col. Aleksandr Smorchkov.

“This is amazing,” Chuck Dvorak said. “This guy gave his life, and he gave it for a reason. It’s all so personal and so humbling.” The past year puts a face to it we never saw before.”

The B-29, which bristled with nine .50 caliber machine guns, could fight off any attacking propeller planes in World War II.

But with the dawn of the jet age it became a flying boxcar. The highly maneuverable Soviet MIG 15 jet had a ceiling of 50,000 feet and a speed of 664 miles per hour at 40,000 feet, so it didn’t have to fly within range of the B-29’s deadly machine guns to launch a devastating cannon attack.

According to U.S. and Soviet military archives, Smorchkov dropped down behind Penninger’s plane a few miles out from the target area and fired his 37 and 23 millimeter cannon. He missed the first time, but the second volley damaged both wings and knocked out an engine, which caught fire.

Penninger and pilot Thomas Shields, struggled to control the plane’s movement, but were able to reach their target and drop their bomb load, according to military records. They then managed to turn the crippled plane away from the Chinese mainland and toward the Yellow Sea, where several US Navy rescue ships awaited them.

Losing altitude, Shields ordered the crew to bail out. The plane’s four surviving crew members said that six or seven airmen were able to parachute out before the plane exploded.

For over three quarters of a century, Penninger was listed as KIA- killed in action. 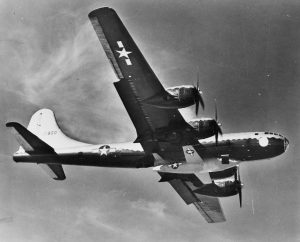 Right side view from below of Bell X-1 “Glamorous Glennis” being carried aloft by its mother ship, a Boeing B-29 circa 1947.

On Aug. 1, 2019, Captain Roger William Penninger, USAF was given a much belated funeral with full military honors.  Chuck and Reggie Dvorak were present along with 11 other extended family, including Roger’s two living brothers, His name and service is carved on headstone in a section of of Arlington National Cemetery reserved for confirmed KIAs whose remains were never recovered.

The Dvoraks recall an saying that holds that individuals undergo “two deaths, the first when you die, and the second when people stop mentioning your name.”

They do not want Roger Penninger’s name to be forgotten. To that end they have put together a book honoring the life, service and heroism of the man they refer to as simply as “Uncle Roger.”

There is pride when Reggie states In the first sentence, “This is a story about an American War hero.”

“I am a niece that never had the opportunity to meet him, since he was taken from us far too soon while defending our way of life in a faraway land,” she wrote.

This Nov. 11, Reggie and Chuck will celebrate Veteran’s Day for the first time in the full knowledge of “Uncle Roger’s” heroic service to his country.

“It will have more meaning than it did before,” Chuck Dvorak said.