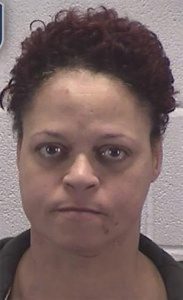 A woman charged with drinking alcohol while driving a school bus will be back in court in February.

The case against Michelle Passley, who allegedly consumed while picking up elementary students and delivering them to school on a November day, has been continued until Feb. 21.

Her case was continued during her court appearance Friday (Dec. 27) to give her time to find legal representation and appear on her behalf in court, according to Joe Gay, an assistant state’s attorney in Kane County.

Passley, 44, of North Aurora, was charged with two misdemeanor counts of endangering the life/health of a child in connection with the incident. A driver for First Student Bus Co., which provides service to East Aurora School District 131, Passley allegedly stopped at the Speedway gas station on the 900 block of North Farnsworth Avenue in Aurora and bought two cans of beer Nov. 15.

The clerk at the station said Passley then climbed back onto her bus and drove away. The clerk informed District 131, which, in turn, contacted First Student.

Officials of the bus company said they reviewed the school bus video at which time they terminated the driver and contacted the Aurora Police Department and the Illinois Department of Children and Family Services.

“Detectives reviewed video, which shows the driver place the beer can into a brown paper bag and drink from it while driving numerous elementary school children on the bus,” Aurora Police Chief Kristen Ziman said at a press conference following Passley’s arrest. “In all, 32 students were observed on the bus while the driver was drinking from two beer cans.”

Ziman said no children were injured and they were dropped off at school without incident.

“It was absolutely brazen,” Ziman said. “We have an absolute zero tolerance for this when you place children in danger … But for that convenience store clerk in contact with the school district we’d be none the wiser.”

According to Aurora police, Passley picked up the school bus at 6 a.m. that day and completed a route before stopping at the Farnsworth Avenue store to purchase the beer.

Passley turned herself in to authorities. She was released after posting $100 bond.