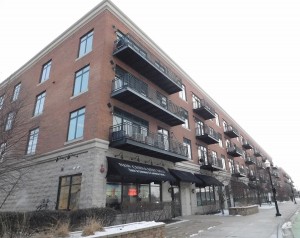 The city of Aurora has teamed up with a regional planning agency to solicit public views on how to revise and update a downtown master plan.

There was plenty of vitality in downtown Aurora last Thursday night as a Paramount Theater musical and a well-attended redevelopment meeting nearby left visitors jockeying for a handful of open parking spaces.

Aurora officials would like to see the visitors and vibrancy become a more permanent feature in a city center that often turns quiet and empty after sunset.

The city has teamed up with a regional planning agency to solicit public views on how to do that as part of a first step in the process to revise and update a downtown master plan.

More than 160 persons crowded into a Waubonsee meeting room — a late switch from a smaller space at a nearby museum — to float ideas to both make the downtown a home for residents and businesses while increasing attractions and amenities to bring in visitors.

“This is not just a new exercise starting from scratch, this is building off of a lot of exercises that many of you have participated in in the past,” Rick Guzman, Aurora’s assistant chief of staff, told an overflow at the session at Waubonsee Community College’s downtown campus. “The Seize the Future master plan was established around 2006, that’s the basis that we’re still working off of.

“But a lot has changed in 10 years. We have new opportunities that in front of us and exciting landscape changes that we want to incorporate into that.”

The specific objective of a 14-month process is to update the Seize the Future Downtown Master Plan and strengthen downtown’s vitality and create a more livable, walkable space. 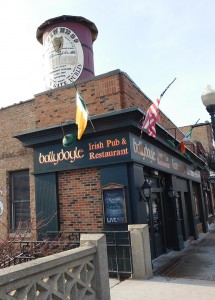 Restaurants like Ballydoyle Irish Pub and Restaurant have helped turn a dingy stretch of New York Street into a dining destination in downtown Aurora.

To that end, Aurora engaged the Chicago Metropolitan Agency for Planning — a seven-county regional group — to help update the plan and solicit community input with an eye towards unveiling a blueprint by December.

Downtown is defined as an area running north from North Ave. to just north of Illinois Street and covering an area three to four blocks deep from each bank of the Fox River.

According to an informal survey conducted during the session, the vast majority of attendees were from the city of Aurora and nearly half lived within five minutes of City Hall. Their interests and priorities for downtown included more entertainment, future and business mix plus more restaurants and retail shopping inside a more pedestrian-friendly area.

Aurora has more than 200,000 residents according to the U.S. Census Bureau, the most recent year that estimates are available. It overtook Rockford in the last decade to become Illinois’s second largest city.

It’s an ethnicly-diverse community with a variety of commercial, manufacturing and retail entities, mostly located away from downtown.

The city center — once a retail and transportation hub of Kane County — saw major and smaller retailers flee starting in the 1960s and 1970s. To this day, some empty storefronts still dot the downtown area.

But government, banking and other services never left. Waubonsee College opened a downtown campus in a defunct Carson Pirie Scott store in 1986 and moved into its own riverfront building in 2011.

The nearby Santori Public Library came on line last year. Popular shows helped make the Paramount Theater a local and regional draw and musical acts playing River Edge Park have made the outdoor venue a hit.

A vibrant local arts scene downtown with monthly First Friday events bringing hundreds to the city center. And restaurants like Ballydoyle Irish Pub and Restaurant have helped turn a dingy stretch of New York St. into a dining destination.

The economic crash late in the last decade put the brakes on efforts to draw people to reside downtown. But as the economy has steadily improved the city hopes downtown may become an increasingly attractive place to reside.