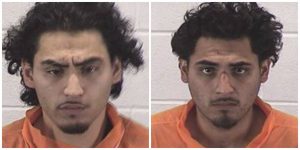 A burglary-gone-wrong ended in a five hour police standoff this weekend, and now three people, including two brothers, are in custody facing felony charges.

The incident began just before 6 p.m. June 17 when an alert neighbor called 911 to report a suspicious incident occurring in the 300 block of South Western Avenue in Aurora.

The caller reported that two men had just exited a gray Honda Accord and were acting suspiciously before they walked to the back of a home where the stand-off would take place and attempted to kick-in the rear door.

Officers quickly responded to the scene and spotted the gray Honda, according to Aurora Police Department spokesman Dan Ferrelli.

Inside the vehicle police located Claudia Sanchez-Gomez, 22, 300 block of Prairie Street, Aurora, and a 23-year-old Big Rock woman. Both were taken into custody for questioning at that time, Ferrelli said.

Meanwhile, a responding patrol sergeant approached the home the men had allegedly entered and saw signs of forced entry and heard the men inside.

Officers began to make a perimeter around the home and contacted the homeowner.

Upon speaking to the homeowner, detectives learned that there were numerous loaded guns of assorted types and sizes inside the home, and that the weapons were unsecured.

When the two men inside the home refused repeated orders to exit, the Special Response Team was called and negotiations were attempted, Ferrelli said. 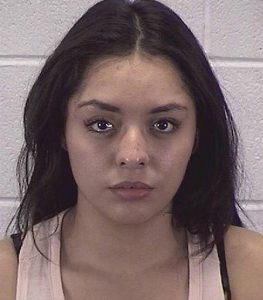 “For the next five hours, the brothers yelled threats at the officers, became increasingly irate, smashed out numerous widows, and pointed guns outside on multiple occasions,” Ferrelli said. “They also became extremely intoxicated.”

Around 10:42 p.m., one of the brothers, Lucas Perez, 24, 400 block of S. Broadway, Aurora, allegedly pointed a shotgun directly at a group of Special Response Team officers. One of the officers fired his weapon twice at Perez, but the shots missed and hit a window frame, Ferrelli said

Around the same time, police shot multiple canisters of gas inside the home. The brothers eventually surrendered around 11:10 p.m., but fought with officers the entire time they were being handcuffed and with hospital staff who attempted to treat them, Ferrelli said.

Both men were treated at an Aurora hospital for multiple cuts to their hands that were non-life threatening. No police officers were injured.

The brothers: Sergio Perez, 25, of the 300 block of Prairie Street; and Lucas Perez, face charges of armed violence, unlawful use of a weapon by a felon, two counts of residential burglary and a single misdemeanor count of resisting police. The woman in the Honda, Claudia Sanchez-Gomez, faces a felony charge of obstructing justice.

The 23-year-old passenger inside the Honda was released without being charged.

Ferrelli said police believe the three people charged were probably involved in a home burglary that occurred between 8:40 a.m. and 5:30 p.m. the same day in the 200 block of South Randall Road. A computer, jewelry and other items worth about $3,000 were taken from a home. The investigation into that incident continues and police are asking any witnesses to call them at (630) 256-5500.