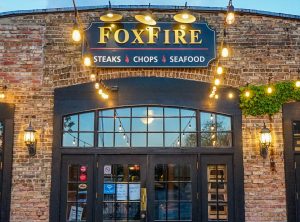 Attorneys for Pritzker tried to have the lawsuit dismissed but Sangamon County Judge Raylene Grischow on Wednesday, April 7 declined to do so. While Grischow decided not to dismiss the case, she did not reach a decision on the merits of their argument.

The lawsuit from FoxFire restaurant in Geneva argues that Pritzker’s executive order requiring bars and restaurants to close indoor service, which first went into effect last October, should not be allowed because it is arbitrary and unreasonable.

Pritzker’s attorneys claimed that the governor had authority to issue his October 2020 executive order under the state Emergency Management Act.

The governor’s lawyers also argued that Illinois residents who seek to challenge Pritzker’s order as beyond the limits of his power can take action at the ballot box, not through the court system.

Grischow disagreed with this claim about the court’s role to intervene in cases where the constitutional limits of the governor’s authority are questioned.

“[I]t is this court that must ensure the governor does not circumvent the constitutional confines of his authority,” Grischow wrote in her five-page opinion. “This court can inquire as to whether the means utilized in the execution of a power granted are forbidden by the constitution.”

Grischow wrote that her court has the responsibility to determine whether the governor’s “implementation of the business shutdowns and/or restrictions were arbitrary and unreasonable.”

Her opinion also recognized that the restaurant “bears a heavy burden to establish that (the governor’s) actions were clearly arbitrary and unreasonable.”

Pritzker said he has “confidence that we have followed the rules and followed the law,” in response to a reporter’s question about Grischow’s decision at a news conference Thursday.

“The legal challenge that you’re referring to, as you know, there have been a number of right-wing organizations that have stoked some of these lawsuits and they continue to try to poke and prod to find something, anything. They’ve lost at every turn. You know, this is just another one of those cases,” Pritzker said Thursday, April 8 at an event in suburban Cook County. “Nearly every court, you know, has confirmed that and where they haven’t, they’ve been overturned.”

Kevin Nelson, one of FoxFire’s attorneys, said in an email his client is not “some ‘right wing’ organization as the Governor claims but a family-owned small business, which, was almost put out of business by his unconstitutional and unprecedented actions.”

Nelson criticized Pritzker for leaving small businesses, like FoxFire, “out in the cold this winter.”

“The citizens of this state need to be made aware that their governor argues in Court that he can shut down small businesses indefinitely during an emergency,” Nelson said in the email. “Last week Pritzker’s lawyers went further and argued to Judge Grischow that there is nothing the citizenry, nor even the court system, can do about it other than ‘vote him out of office.’ Thankfully, yet another Illinois judge disagreed with him. If FoxFire represents a ‘conspiracy,’ we live in a scary reality. FoxFire’s specialty is fine dining, not votes. FoxFire will stick to fine dining and leave the mismanagement of our state to Mr. Pritzker.”

Grischow’s decision issued April 7 is the latest development in the legal challenge to the governor’s executive order raised by FoxFire, which has remained open to indoor service while its lawsuit is pending.

The restaurant won an early victory in October when a Kane County judge granted the restaurant’s request for a temporary restraining order that allowed FoxFire to ignore the new indoor dining restrictions contained in the executive order.

The 2nd District Appellate Court overruled the Kane County judge’s decision in November, rejecting FoxFire’s arguments that Pritzker is limited, under state law, to issue one 30-day disaster proclamation, and also does not have the power to order businesses closed.

FoxFire’s attorneys have also filed an appeal directly with the Illinois Supreme Court, which has not yet weighed in on this case.

The next hearing in this case is scheduled for April 28.