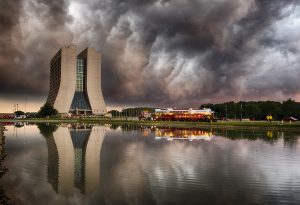 Fermilab, the federal research facility in Batavia, is unaffected by the ongoing government shutdown but other effects on federal payments and services vary.

Family, friends and colleagues will have three chances to honor and bid farewell to former Aurora Mayor Thomas J. Weisner.

A memorial service will be held on Monday, Jan. 14 at the Paramount Theatre, 23 E. Galena Blvd., beginning at 11 a.m.

Fermilab, the federal research facility in Batavia, is unaffected by the ongoing government shutdown while effects on other federal payments and services are barely felt so far.

Fermilab funding comes from the Department of Energy and an appropriations bill was approved by Congress and signed by the president in September.

So far, Kane County hasn’t been hit as hard as other parts of the country have been during the partial shutdown, and the state of Illinois hasn’t received any great body blows, according to multiple government an media sources.

According to an article in the New York Times, many core functions remain unaffected. The mail is still being delivered, entitlements are still being paid and most law enforcers are continuing to work.

The Veterans Affairs Department Department, for example, is fully funded through the 2019 fiscal year.

But local residents might be concerned about the longterm effects on tax filing, as 52,000 IRS workers are either working without pay or have been furloughed. According to the New York Times, most Internal Revenue Service operations have stopped.

Another local concern is for those persons who receive food stamps or other help through the Supplemental Nutrition Assistance Program.

According to data posted on the Illinois Department of Human Services website, 19,618 households and 43,251 persons in Kane County received SNAP assistance in August 2018 — the most recent data available.

According to the Agriculture Department, which administers the SNAP program, many services will carry on, while others were discontinued on Jan. 1 because available funds have been expended.

The Geneva Chamber of Commerce will again highlight culinary excellence by offering Geneva Restaurant Week—seven days of discounted dining at some of the city’s finest restaurants.

For one week only, Monday to Sunday, Jan. 21-27, foodies will be able to eat their hearts out at participating restaurants offering lunch and/or  dinner menus for either $9, $19, $29 or $39.

Some deals are per person, some are for two and some are options people will only find during the week.

Tickets and passes are not necessary. For additional information, please call participating restaurants or the Geneva Chamber at 630-232-6060.

Kane County health officials are urging residents to check for the presence of radon, a colorless, odorless, radioactive gas that occurs naturally from the breakdown of uranium.

Radon has been found to be the leading cause of lung cancer among non-smokers.

Blame the unique geology in the Midwestern United States, and northeast Illinois in particular: Homes in Kane County have the potential for higher levels of radon. This is because the rocks and soil beneath our feet can contain uranium, which can produce radon.

The gas enters through cracks in homes, buildings and schools and exposes people to the radiation. And because our homes are typically shut up tight during cold winter days, any radon that enters your home will tend to linger much longer.

This is the third time Geneva can claim friendly bragging rights after previously winning the best drinking water award in 2009 and 2010. The countywide win qualifies the towns to compete in the Illinois State Taste Test held in Springfield in March during the Illinois section of the American Water Works Association Watercon 2019 conference.

“Winning the taste test competition is great recognition for all the hard work and professional pride that the City’s Water Treatment Plant staff takes in providing high-quality drinking water to Geneva customers every day,” said Bob VanGyseghem, the Geneva’s Superintendent of Water & Wastewater.

The Elgin Heritage Commission is seeking nominations for the 2019 Elgin Mayor’s Awards for Historic Preservation.

The Mayor’s Awards are given to persons, groups and organizations who lead a preservation project, save one or more historical properties, educate and promote an awareness of Elgin’s heritage, conduct creative historic projects relating to archival or object collections, or maintain a continuous cultural or historical organization for 50 years or more.

Applications are available on the city’s website, at cityofelgin.org/mayorawards, and in person at the Community Development Department in City Hall, located at 150 Dexter Court, Elgin, IL 60120.

The annual Mayor’s Awards, held each May during National Preservation Month, honor the outstanding contributions of Elgin citizens in their efforts to preserve the city’s heritage. In addition, the event provides an opportunity to educate the community about the value Elgin’s unique architecture, neighborhoods and history.

The awards further the Elgin Heritage Commission’s goals of neighborhood and downtown revitalization to benefit the entire city.

The Geneva Arts Fair was voted the sixth best arts festival in the country, according to ArtFair Calendar, the No. 1 juried art fair listings website nationwide.

The fair has “high quality art exhibitors, an impressive selection of art mediums and styles, and an awesome location in downtown with many restaurants/cafes/coffee shops in the area,” the survey stated in Geneva’s nomination. “Artists are willing to discuss (their work), and some are working on new pieces, so you can get to know them and watch their magic come to life!”

ArtFair’s seventh annual survey had Geneva competing with much bigger cities, including Chicago which took the top spot for the Old Town Art Fair.

The Geneva Arts fair is sponsored by the Geneva Chamber of Commerce. The 2019 festival is scheduled to be held Saturday and Sunday, July 27-28 along Third Street in the City’s downtown.

Training in the use of dicamba, a broad-spectrum herbicide, will be a new feature of the annual IDEAg Northern Illinois Farm Show, scheduled for Jan. 9 and Jan. 10. in the NIU Convocation Center, 1525 W. Lincoln Hwy., DeKalb.

The training will help area farmers get ready for the 2019 growing season, following federal decision to allow the continued use of dicamba, a broad-spectrum herbicide, on soybeans for 2019 and 2020. The Illinois Fertilizer and Chemical Association is coordinating the workshop with Bayer. Attendees are asked to register online at NorthernIllinoisFarmShow.com.

The farm show will also feature exhibits from major agri-business companies across the Midwest, including Altorfer, Inc., who will feature its all-new Cat Side by Side. In addition to the dicamba training, the University of Illinois Extension will provide workshops with topics including weather and watersheds.

Attendees will also find tips for controlling the financial side of their business from financial management company, Stewart-Peterson. WTVO’s Candice King will give farmers an idea of what to expect with her weather outlook, and Bryan Doherty, senior market Advisor of Stewart-Peterson, will give a talk entitled, “Take Control of the Financial Side of Your Business.”

The schedule of educational programs and a full list of exhibitors can be found at NorthernIllinoisFarmShow.com.

Through crafts, games, and activities, children ages 8-11 can learn how the Naperville Area Humane Society cares for its animals and how to be safe around all animals.

Each camp will have specific lessons designed to educate and entertain campers. The session costs $50. Go to naperhumane.org to register and for more information.