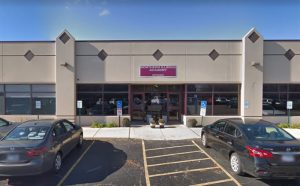 SPRINGFIELD – Officials from multiple state agencies said May 14 that they are cutting ties with a residential school that serves children in state care with mental and developmental disabilities after an independent review documented reports of mistreatment of youth at the facility.

The students currently at Northern Illinois Academy will be moved to other facilities.

The report, dated May 4 from the disability rights group Equip for Equality, found numerous problems with NIA’s programming, training and services. Those include inadequate and overextended staffing; insufficient incident reporting, including cases of children running away from the facility; lack of meaningful programming and treatment planning; undocumented and improper use of physical restraint and seclusions; and insufficient adherence to COVID-19 health and safety requirements.

“The top priority of the Department of Children and Family Services is protecting vulnerable children by ensuring they receive the best available support and services,” acting DCFS Director Marc Smith said in a statement. “It is unacceptable when any facility is not meeting the strict standards established by DCFS, and our team is taking steps to thoughtfully and carefully transition our youth in care to other facilities that can provide the nurturing, supportive environment our kids deserve.”

Pursuant to its contract with DCFS, Equip for Equality, the state-appointed protection and advocacy organization for people with disabilities, first conducted a review of NIA in November and December of 2019. At that time, EFE noted numerous concerns about NIA’s lack of meaningful programming, unsafe restraint practices, restraining residents from communication devices and a host of other issues.

Following that review, in January 2020, the federal Centers for Medicare and Medicaid Services revoked NIA’s certification as a psychiatric residential treatment facility, or PRTF.

In March 2020, however, DCFS found that NIA had made significant improvements, and the agency lifted a hold that had been in place on new admissions to the facility while continuing to conduct intensive monitoring.

But Equip for Equality conducted another review in the fall and winter of 2020 and found that many of the same issues continued to exist, including unsafe and abusive restraint practices that at times resulted in physical injuries, inadequate discipline in response to staff abuse, and failure to report abuse to the hotline.

Anthony Penn, executive director at NIA, did not immediately respond to a request for comment.

The Illinois State Board of Education said it also conducted a review of the facility and announced Friday that, effective Aug. 6, it will assign a status of “non-approved” for NIA’s education services. That means school districts will no longer be able to receive reimbursements for student placements there.

“The problems documented by Equip for Equality are deeply troubling,” state Superintendent of Education Carmen Ayala said in a statement. “As a consequence and as a result of ISBE’s regulatory review, we are revoking approval of the facility and helping school districts to transition their students to better learning environments ahead of the next school year.”

There are currently 51 Illinois students served at NIA, including 15 placed by DCFS, 17 placed by public school districts in Illinois, 11 placed by HFS and 8 placed by DHS, according to a spokesperson for ISBE.

The agencies with responsibility for students at the facility said they will immediately begin the process of transitioning students to other settings, “on a phased and orderly basis.”