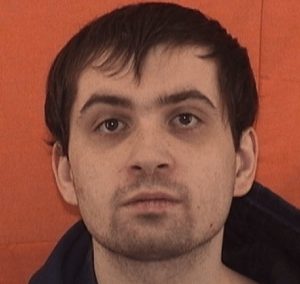 For 36 hours this week it appeared that an Aurora youth missing for nearly eight years had finally been located.

A male found wandering in a northern Kentucky town on Wednesday, April 3 identified himself as Timmothy Pitzen and claimed to have escaped from two men holding him against his will at a hotel.

But in a cruel twist, he instead turned out to be Brian Michael Rini, a 23-year-old Medina, Ohio man with a track record of making misleading statements and who was recently released from prison.

Rini, who had portrayed himself in the past as a juvenile sex trafficking victim, told authorities he got the idea from a TV report on Pitzen’s 2011 disappearance after he was taken out of an Aurora school by his mother.

Pitzen was 6 years old at the time and would be 14 today. 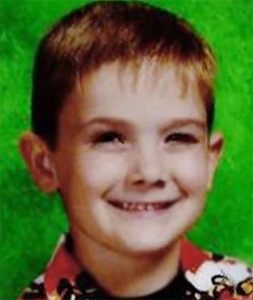 Timmothy Pitzen at the time he disappeared in 2011.

On Friday, April 5, prosecutors in Cincinnati charged Rini with giving a false statement or representation to federal authorities.

In charging documents, Rini admitted he was not Pitzen during an interview with Aurora Police Det. John Dunn and Federal Bureau of Investigation Special Agent Jonathon Jones.

“Once law enforcement officers confronted him about DNA results and his true identity, Rini immediately stated that he was not Timothy Pitzen,” according to an affidavit. “He said he had watched a story about Timmothy on ABC’s “20/20.” He stated that he wanted to get away from his own family.

“When questioned further, Rini stated that he wished he had a father like Timmothy’s because if he went missing, his father would just keep drinking,” the affidavit continued.

Timmothy Pitzen disappeared in May 2011 after his mother, Amy Fry-Pitzen, picked him up from Greenman Elementary School in Aurora and embarked with her on a three-day holiday to a zoo and a water park.

His father. Jim Pitzen. had dropped him off to school that morning and went to pick him up, only to be told his wife had taken the boy out of school earlier that day.

Amy Fry-Pitzen then committed suicide in a Rockford motel, leaving a note that Timmothy was safe and would never be found.

On Wednesday, April 3, Sharonville, Ohio police said they had located a male who identified himself as Timmothy Pitzen. He told police he had escaped from a Red Roof Inn in southern Ohio.

The Sharonville police report stated that the youth claimed to have escaped two men described as kidnappers from the hotel where he was being held.

The male “kept running across a bridge” into Kentucky, police said.

“Timmothy described the two kidnappers as two (white) males, body-builder type build,” the police report stated. “One had black curly hair, Mt. Dew shirt and jeans (and) has a spider web tattoo on his neck. The other was short in stature and had a snake tattoo on his arms.”

Police in the region were dispatched to area Red Roof Inns to try to find the men, but were unsuccessful.

In a subsequent interview with an FBI agent at a Cincinnati hospital, Rini continued to insist he was Timmothy Pitzen.

“During the conversation, Rini claimed to be 14-year-old Timmothy Pitzen,” the affidavit stated. “He further claimed he had recently escaped from a hotel room in which two men had been holding him captive. He explained that he had been sexually and physically abused for years while in captivity.”

“Although we are disappointed that this turned out to be a hoax, we remain diligent in our search for Timmothy, as our missing person’s case remains unsolved,” an Aurora police department spokesman said in a statement.