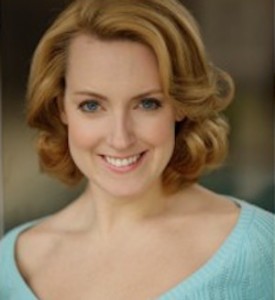 The position is full time, begins immediately “and foretells an exciting new era of artistic and economic expansion for the Paramount,” the theater said in a news release.

She is also founding artistic director of Chicago’s FWD Theatre Project, which recently collaborated with Claude-Michel Schönberg and Alain Boublil, co-creators of “Les Misérables” and “Miss Saigon”, on their concert reading and English premiere of La Révolution Française.

“Paramount is adding an extremely talented Chicago theater artist and experienced, well-connected producer to our staff,” said Tim Rater, president and CEO of Paramount Theatre. “Paramount has radically altered Chicago’s musical theater landscape in just the last five years with one amazing, Broadway-caliber musical after another. The time is now to take the next step in our growth plan, expand into new play development and stake Paramount’s claim in advancing the art form of contemporary musical theater.”

“Today’s announcement brings with it an expansion Tim and I had hoped for from the beginning of our partnership creating Paramount’s Broadway Series. Amber Mak’s passion for new work matches our own, and she brings with her discerning taste and resourcefulness we would never know without her,” he said.

“A dream come true for Amber, and us, is to be collaborating with writers of new scores and scripts benefiting from melding together what we have learned and achieved over the last five years. A risky and brave sort, this collaboration personally expands all of us as well, as we embark in a new direction yet logical next step for our company: cultivating and nourishing new work for the theatre, made in Aurora,” Corti said.

Since 2010, under Rater’s and Corti’s guidance, Paramount has re-focused on self-producing a Broadway subscription series featuring fully realized productions of classic and contemporary musicals.

As a result, Paramount has grown its subscriber base from 500 to more than 30,000 loyal patrons in just five years, employed hundreds of Equity and non-Equity theater artists, won the most Jeff Awards of any Chicago musical theater last season and helped spur the revitalization of Aurora’s downtown business district.

In her new position, Mak will help grow the theater’s mission by overseeing the discovery, creation, development and production of new musicals for the Paramount Theatre Broadway Series.

Mak will work with new writers and artists, organizing readings and workshops of new shows and networking with potential producers, artistic teams and licensing companies to create new paths for shows to live on beyond their Paramount debuts. Paramount will also foster the growth of local talent and Chicago-area writers by creating educational and mentoring opportunities such as workshops and retreats.

“I believe the Paramount’s artistic vision, dedication to creating high quality productions, Broadway caliber facilities and passion for excellence makes it an ideal place to develop the next great musical,” said Mak.

“Paramount is already a proven place to re-imagine and revive our greatest musicals,” she said. “Now we’re looking to the future, being a part of the conversation and contributing to the growth and development of the art form. There is nothing more exciting and rewarding than being a part of creating something from where nothing existed before.”

Paramount Theatre’s new play submission policy will be a mix of open submissions throughout the year for any Chicago area writing teams, by invitation, agent submission and by commissioning pieces for development specifically for the Paramount Theatre.