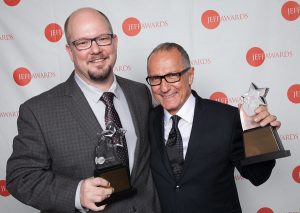 The list for the upcoming season, which begins in September, includes “Rock of Ages,” “Cinderella,” “Groundhog Day” and “Ragtime.”

“We have an incredible season in store with stories that rock, enchant, charm and inspire,” said Tim Rater, Paramount’s President and CEO in a statement.

“They couldn’t be two more opposite shows stylistically,” Corti said.

“Groundhog Day” was adapted as a Broadway musical in 2017 and is based on the popular 1993 movie starring Bill Murray.

The fact that the Paramount Theatre gained licensing rights to host the musical’s Midwest premiere speaks to how the theater has grown in the 10 years since its debut Broadway Series in 2011, Corti said.

“[It] is a very theatrical piece with a great score by Tim Minchin, who wrote ‘Matilda,’” he said. “And it’s about this kind of rut we get into as people.”

“Groundhog Day” tells the tale of a man, Phil Connors, who gets stuck in a time warp where he relives the same day over and over again. While many may remember the movie to be humorous, Corti said the musical has some intriguingly profound undertones.

“It’s funny at first but then it begins to take on this kind of symbolism of what we’re made of as humans and we see him go through all of these changes and it’s a really beautiful thing to identify what’s going on,” Corti said.

“It’s never talked about, it’s never described but you follow this progression of what’s going on with him by watching it and I love that about it.”

After “Groundhog Day,” Corti directs “Ragtime,” a Broadway musical which Corti himself starred in while living in New York.

“I played Harry Houdini and then I took over the leading role of Tata, the Latvian immigrant for two years on the road in the national tour,” he said.

‘Groundhog Day’ is among four shows the Paramount plans for the 2020-21 season.

After dedicating two years of his life to immersing himself in his role and in the production, Corti said that “Ragtime” is a large part of who he is as an actor and a person.

“I find it a very disturbing play, it has never sat well with me,” he said. “And there’s something about the remoteness of the tone in the novel … . There’s this distance in the way everything is described and some really horrible things happen in the story.”

Corti, who recently turned 70 and celebrated his 50th year as an actor, said that musicals like “Ragtime” weigh heavily on the consciousness of the actors who embody it’s stories.

“There’s this incredibly intense nobility of the human spirit and the atrocity that we’re capable of as well is very present in “Ragtime” and that is a hard thing to live with as a creative,” he said.

Although “Ragtime” takes place at the turn of the century, when ragtime music rose to popularity, Corti said the musical was purposefully written with space to be reinterpreted to reflect modern issues.

“We have to do a production of it that speaks to what is going on in our lives right now and that’s really what this work wants to be, that’s the intention of it,” he said. “It’s fascinating in that way, how both of these two shows speak to what we’re made of as human beings and what being human means.”

As part of his role as artistic director, Corti said he will oversee all four musicals from start to finish, but will focus primarily on the two that he will be directing. 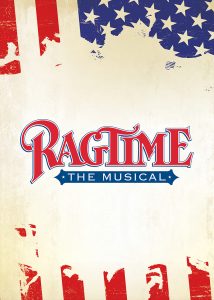 “Rock of Ages” will serve as the theater’s season opener. Its first show to premiere on Sept. 2.

Directed by Amber Mack, the theater’s New Work Development Director, “Rock of Ages” is “a Hollywood love story told through the mind-blowing hits of top 1980s rock bands like Journey, Bon Jovi, Styx, Poison and more,” according to the Paramount’s press release.

Paramount’s rendition of “Cinderella,” which will debut in November, will take a “familiar yet reimagined take” on a tale as old as time, according to the release.

While he is very excited for the upcoming season, Corti said that the four shows will require the collective dedication of the Paramount team to pull them off.

“We have a wonderful team of people working very closely together,” he said. “Very collaborative, very cooperative and great admiration for everyone’s abilities and skills and sensitivities.”

The first challenge? Finding a team of actors to bring their visions for the musicals to life.

“We start with the auditions very soon and casting feels impossible. These shows are built on talents of individuals who are incredible singers, incredible actors and have incredible physicality on the stage,” he said.

Corti said auditions for the first two musicals, “Rock of Ages” and “Cinderella,” will take place at the end of February.

“It’s a huge responsibility … . We’ve got to hold a mirror up to nature as Shakespeare says,” Corti said. “What are we going to show? And how does it live in people’s memories who have seen it?”

These questions will be circling Corti’s mind as he and the rest of the team prepare and rehearse the productions to get them ready for audiences in Aurora.

Subscription renewals and preorders for the new series are now open online.

As the second largest subscription-based theater in the country, a subscription with the Paramount theater allows patrons to attend four shows for the price of two, with Broadway Series packages as low as $72.

When Tim Rater took over as Paramount’s president and CEO of Paramount Theatre, lowering prices was part of his mission to create a theater that was sustainable, but also available to the common person, Corti said.

“[Rater’s] whole vision has been to make theater affordable and not some kind of thing that has anything to do with class or certain types of people,” Corti said.

“I feel really strongly that I think [the theater] can make a real difference to people in how it sparks their imaginations, how it instills this awe in people when they go to the theater and realize this has always been here and they never knew about it,” he said.

In other news, Corti said the theater will soon be announcing its first year of shows in a new venue. The shows will take place in a small auditorium on the second floor of the North Island Center across the street, where the Paramount offices are currently housed.

These new productions will be known as the Copley Series. According to Corti, the series will center around productions which are less known and more risqué, productions they wouldn’t do on the main stage.

“It won’t have state-of-the-art lighting or sound and we’re going to be doing the more far-out plays and musicals,” he said. “Perhaps the more controversial ones to start that conversation going in downtown Aurora.”

Corti said he sees the decision to start the Copley Series as an indicator that the theater has entered into a thrilling new phase of creative exploration.

“It’s this gradual building of a foundation that I feel we can stand on now and just the optimism of looking into the future, the possibilities,” he said.