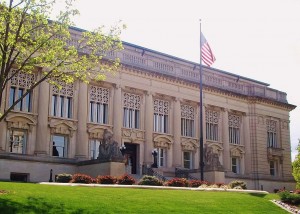 State lawmakers are heading back to the drawing board after the Illinois Supreme Court ruled their pension-reform measures unconstitutional.

“We are probably back at square one,” said state Rep. David Leitch, R-Peoria. “One hope is that the court’s decision will give us some guidance as what might be constitutional.”

The Supreme Court on Friday unanimously upheld a Sangamon County Circuit Court ruling that the state’s 2013 Pension Code amendment – reducing the benefits of members of the four state pension systems who were in the systems before 2011 – was unconstitutional.

The court didn’t buy the state’s argument that the current fiscal emergency warranted breaking a legal promise the state made to workers.

“The state’s financial problems were also a concern when the Constitution of 1970 was enacted, and, in fact, drove the inclusion of the pension protection clause at that time,” Supreme Court justice Lloyd A. Karmeier wrote in the unanimous decision.

“Under established and uncontroverted Illinois law, the state of Illinois cannot break that promise,” the Sangamon Court stated.

“The legislature cannot exercise a higher power than that given by the state Constitution itself,” Karmeier said.

“I respect the Illinois Supreme Court, but disagree with the ruling,” Durkin said. “I am prepared to continue working on meaningful legislative reforms to save our public pension system.”

Leitch said the verdict was not unexpected.

“Many of us were expecting it to be found unconstitutional,” the Peoria Republican said. “It is extremely difficult in this environment to come up with another proposal.”

He said neither Republicans nor Democrats have the inside track on finding a constitutional solution to the pension issue.

Leitch noted that public pension payments make up at least $6 billion of the state’s $32 billion budget.

“This could be enormous,” he said of the Supreme Court’s decision Friday. “It depends on how all this is resolved.”

Senate President John J. Cullerton, D-Chicago, said that retirees are getting what they rightfully deserve.

“This ruling is a victory for retirees, public employees and everyone who respects the plain language of our Constitution,” Cullerton said. “That victory, however, should be balanced against the grave financial realities we will continue to face without true reforms.

“If there are to be any lasting savings in pension reform, we must face this reality within the confines of the Pension Clause. I stand ready to work with all parties to advance a real solution that adheres to the Illinois Constitution.”

“Our public employees, our government bodies and our taxpayers deserve nothing less,” Bliss said.

We Are One, an Illinois coalition of unions that represent public employees and retirees praised the ruling.

“We are thankful that the Supreme Court has unanimously upheld the will of the people, overturned the unfair and unconstitutional law, and protected the hard-earned life savings of teachers, police, firefighters, nurses, caregivers and other public service workers and retirees,” Illinois AFL-CIO president Michael T. Carrigan said on behalf of the coalition.

“Because most public employees aren’t eligible for Social Security, their modest pension – $32,000 a year on average – is the primary source of retirement income for hundreds of thousands of Illinois families,” Carrigan said. “While workers always paid their share, politicians caused the debt by failing to make adequate contributions to the pension funds.”