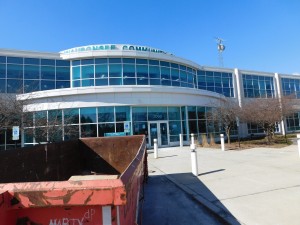 Waubonsee Community College has announced name changes for two of its campuses ro better reflect the distinct identities of and create consistency across all four campuses.

The Aurora Fox Valley Campus closed in December for renovations, and is scheduled to re-open in July for registration for fall classes, and will be fully operating and offering classes on-site in August, at the start of the fall semester.

The renovations will allow the college to better serve students in the far eastern portion of the college district with an enhanced facility for the college’s robust healthcare offerings.

Programs to be offered include: Nursing, Phlebotomy, Medical Assistant, Emergency Medical Technician-Basic, Nurse Assistant and Surgical Technology. In addition, the college will offer the Office Software Specialist certificate at that campus.

When the campus re-opens for the fall 2016 semester, it will feature expanded student services, including tutoring, library resources and testing services. While some classes will be offered in the traditional 16-week format, a majority of offerings will be in an eight-week format.

Since the 30,000-square-foot campus opened in January 1997, Waubonsee has been operating primarily out of the second floor, as first-floor office space was rented. Now that the campus will be fully used by the college, the first floor is undergoing a complete renovation, creating instructional and administrative space.

Other facets of the $4.8 million project include a partial renovation of the second floor; a new roof; and new heating, ventilation and air conditioning units.

“The renaming of these campuses aligns with our vision and reaffirms our commitment to the students, residents and employers in our communities,” said Waubonsee President Dr. Christine Sobek. “The fast-paced climate of higher education today demands that we be agile and adept at evolving to meet ever-changing needs while maintaining a high level of quality and delivery. The renovation of the Aurora Fox Valley Campus exemplifies those efforts.”