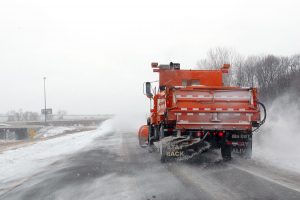 Road salt, while helpful to melt snow and ice and keeping roads clear for winter driving, has an adverse effect on local water sources as it seeps into the ground and drains. (Photo courtesy of DuPage River Salt Creek Workgroup)

To combat ice and snow on roads during winter storms, local road crews’ mainstay attack has traditionally been salt and more salt.

However, bountiful salt is not necessarily better especially when it comes to the health of roads and bridges and the environment.

In the first of five monthly talks offered through a partnership with the Conservation Foundation and other local entities beginning in January and running through May at two locations in the Kane and Kendall counties area about life in the Fox River Valley, salt is on the menu.

“We started with salt because that is very critical to protecting our rivers and streams,” said Trish Beckjord, Fox River Initiative program manager of The Conservation Foundation.

The Conservation Foundation has offered a series of workshops targeting landscape contractors and local public work agencies on best management practices for salting in the winter for the last several years.

Now, she said, they are targeting area residents.

The Fox River is the water source for several local communities, Beckjord added.

“It has been more and more recognized that we are putting down too much salt. One of the components of road salt is simply unpurified table salt that contains chloride,” she added.

“Once chloride gets in the water, you can’t get it out.  It is the way salt helps to melt snow,” Beckjord said. “But, putting down more salt is not better.”

“Salt not only rusts our cars and is bad for our pipes; it leaches calcium out of our concrete bridge structures.  It also gets into our creeks, rivers, and lakes,” she said.

The following months include discussions about birds, wildlife including coyotes and bees, dams, and the importance of the Fox River.

“We are seeing in our backyards that bird numbers are down,” Bob Andrini said. 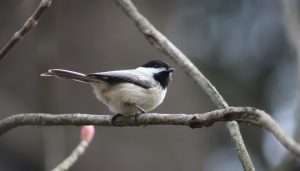 “The number of birds that come to our feeders are down,” said Bob Andrini with the Kane County Audubon Society. He and his wife will be doing two presentations in February examining the winter bird population along the Fox River region.

“The number of birds that come to our feeders are down,” he added.

Insect populations have been impacted by the overuse of pesticides, “we spray so much that it affects insect populations,” Andrini added.   “This has had a ripple effect on the bird population.”

In March, Karen Clementi with the Fox Metro Water Reclamation District and Deanna Doohaluk with The Conservation Foundation will lead a discussion of the 13 remaining Fox River dams in Illinois.

The Fox Metro Water Reclamation District is a part of a coalition of stakeholders that assesses water quality in the Fox River watershed, the Fox River Study Group.

While Clementi promises the discussion will be “fun” it undoubtedly also will be very educational. Clementi’s career work has involved the Fox River.

“It is my career passion,” she added. “It is important to have people understand that if we want this river to be truly healthy, a free-flowing river is important.”

In terms of the health of the Fox River, “tremendous improvements have been made over the last several years, but there still is a long way to go,” Clementi said.

We are seeing more eagles, foxes, and other animals that have recovered along the river, she said.  “Now that needs to happen in the river itself. Dams are a huge safety hazard,” she added.

The dams also impede the ability of fish to swim upstream and can adversely affect the river’s water quality.

The low head dams were put in for grain mills that used to operate along the river, Clementi said.

As they are no longer needed, the state of Illinois has been busy removing dams in other areas. 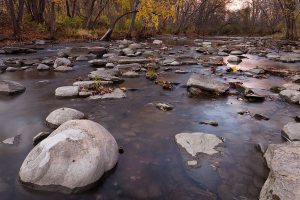 Five of eight dams have been removed on the nearby Des Plaines River.

While discussions have occurred regarding the remaining dams and grants could be obtained to fund the dams removal, Clementi is hoping the “silent majority” of individuals who would like to see the dams removed come forward.

“We need to come up with smart solutions that are also cost effective to make the river better,” she added.

Winter Birds of the Fox River: How Are They Doing? What Are We Seeing?

Coyotes to Bees: Wildlife of the Fox River Valley

Why We Need the Fox River