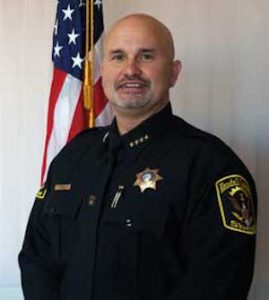 Oswego Police have charged five Aurora men with multiple felonies stemming from a series of robberies and armed robberies that occurred throughout the village in late 2015 and early 2016.

“Five men are being brought to justice for their brazen acts of violence against the citizens of Kendall County. Not only is this an example of how well police cooperate and work together, but it is an example that we will not tolerate this type of behavior,” said Kendall County Sheriff Dwight Baird.

Oswego police said that the events began on Nov. 25, 2015, when Vega allegedly drove Johnson to a home on Willington Way in Oswego. Vega waited for Johnson while Johnson allegedly pushed a woman, punched her in the face and tried to take her purse. Police said Johnson never got the woman’s purse, and he and Vega left the area in Vega’s vehicle.
On Dec. 22, 2015, police said Vega allegedly drove Williams and Thomas to the Gas Mart USA, 2500 Block of Light Road in Oswego where both men entered the store with a handgun and took cash and cigarettes, police said. The men then left the area in Vega’s vehicle.
Weeks later, on Dec. 31, 2015, Vega allegedly drove Williams and Thomas to the Marathon Gas Station, 0-100 Block of Boulder Hill Pass, where Williams and Thomas entered the business armed with a screwdriver and one of them assaulted the clerk with a wine bottle, police said. During the robbery, Williams and Thomas took cash and all three of the men left the area in Vega’s vehicle, according to police.
On Jan. 29, 2016, Vega allegedly drove Fonseca and Williams near the same residence in the 200 Block of Willington Way in Oswego where a woman had been formerly assaulted. Police said Vega waited while Fonseca and Williams pushed the same female resident down again, and this time took her purse, police said. All three of the men left the area in Vega’s vehicle.
Four of the five men are currently in custody. Thomas, Fonseca, and Johnson are all currently in custody at the Kane County Jail while Williams is in custody at the Will County Jail. Vega is expected to be in custody shortly on his outstanding charges.