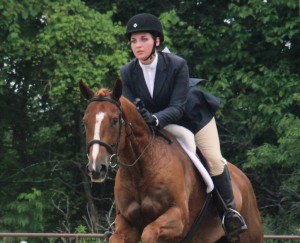 Members of the DuPage, Kane and Kendall counties 4-H equestrian team qualified for the state tournament after competing March 20 in the Northeast Regional 4-H Hippology and Horse Bowl Competition. (Chronicle Media file photo/Courtesy U of I Extension)

Members of the 4-H from DuPage, Kane and Kendall counties placed in several divisions of the Northeast Regional 4-H Hippology and Horse Bowl Competition on March 20 at Saratoga School in Morris.

Local teams are now preparing for the state competition later this spring in Urbana.

In March, teams from several counties across the region competed in individual Hippology and team Horse Bowl competitions at various levels, vying for entrance to the state contests.

During the competitions, 4-H youth answer questions about equine anatomy and care including: diseases, genetics, parasites, feed, nutrition, behavior, breeds, equipment and the digestive, respiratory, skeletal, endocrine, and circulatory systems. The state qualifying event was hosted by University of Illinois Extension with leadership from the Grundy County 4-H Horse Committee.

Horse Bowl competitions are like other scholastic bowls, with two teams competing at a time, and each trying to be the first to buzz in and answer correctly to score points. In the Hippology contest, individuals complete both a written test and visual stations to earn a combined score.

At the Senior Hippology level, Aubrey Sieve of Lisle earned first place and will advance to state, along with Kane County’s Klinkey and Ricketts, who took second and third, respectively.

“Without the time and efforts of our 4-H volunteer coaches, these youth would not have the chance to learn and grow through this program,” said Roby. “Opportunities like this allow 4-H members to build critical life skills, including communication and cooperation. We wish everyone best of luck at the state event.”