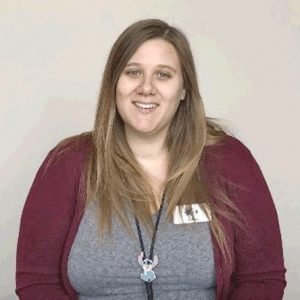 At the Aurora Public Library’s Santori campus, Teen Librarian Stephanie Brandwein is on a mission.

Following a two -year lull, where her job title didn’t exist, Brandwein is taking designation as teen librarian to the next level, and building up momentum that used to draw teen users to the library.

Whether she’s bribing them with food, conjuring up creative programing, or providing them a safe space to gather, Brandwein is enthusiastic about the strides she already made in attracting the local teen population to a place they often considered by Generation Z as obsolete.

“There wasn’t a teen librarian here for two years. There wasn’t anyone dedicated to the specific role. I think teens got forgotten about and were underserved in general,” she said. “I hope we can expand teen programing and let them know that this is their space, a place for them to come be themselves, hang out, and learn something new.”

From ACT/SAT prep, to crafting, virtual reality and even cartooning, there’s no shortage of topics Brandwein won’t consider to draw a crowd. Junior high students are encouraged to focus on their careers, and free hand-picked subscription boxes containing books and prizes are available to keep readers interested and engaged beyond their younger years.

Utilizing outreach with school librarians and the local school districts is just one way Brandwein gets the word out about what’s being offered at the three Aurora library branches. 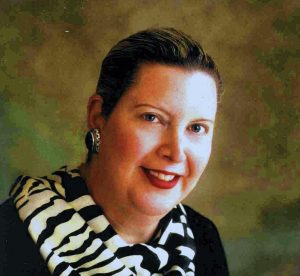 “I just love the teen population,” she said. “They are so much fun to work with and bring a whole new light and set of challenges to the table.”

By separating the two, and creating their own teen niche within the library, Katzen has been able to create a place for young teens thrive.

“We want to give them their own space where they can work and not worry about getting ‘shooshed’ by people. It should be a collaborative workspace for teens,” Katzen said.

Volunteering at the library is also an excellent opportunity for high school kids to earn needed service hours. They can do everything from dust and clean, to help out with art programs and activities. Being part of the library’s Teen Advisory Board will also garner volunteer hours and give teens a voice about the programing they’d like to see be offered.

“Libraries are no long just a place for books,” Katzen said. “We see them as a community institution. Sure, you can still get books and materials, but it’s also a place to work and get as much help as you want.” 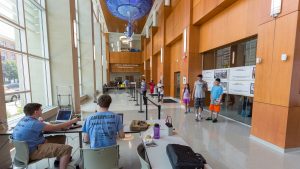 Yorkville Library Director Elisa Topper knows E-books are taking over and that the draw of the library may be waning. With that in mind, the Library Board of Directors is making a major push to engage teen users.

“We are responding to the initiative by the board by increasing programming for teens,” she said. “It’s a hard group to capture. At that age, they are so scattered and torn in so many different directions.”

Sure, there are the avid readers, who come in from birth to college, but with new technology on the rise, capturing the attention of new patrons isn’t as easy as it once was.

Frank Badus, a local, certified personal trainer has developed a Youth Empowerment program called, Fit and Chill, which is offered in Yorkville.
Badus utilizes fitness as a platform to lead teens to personally overcome stressors through visualization, breathing, speaking, and movement.

“I’m proud of what we were able to give the kids,” Topper said.

She’s also trying to engage entire families to come to the library and spend time as a single unit. One of those strides Topper has made is hosting an annual ice cream social featuring music, activities, and of course, ice cream.

The push worked. Expecting only 75 people to show up, Topper was amazed to see a crowd of more than 200.

“We’ll always have libraries,” she said.