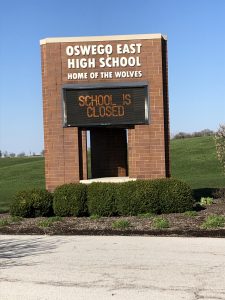 As the sign indicates, all Illinois schools will remain closed for the remainder of the 2019-2020 academic year and all public gatherings are now banned through May.  Oswego Community Unit School District 308 is still exploring ideas on how to publicly honor its 1,200 graduating seniors. (Photo by Cathy Janek/for Chronicle Media)

Members of Illinois’ class of 2020 attended their last day of high school back in March not knowing at that time it was indeed the last time they would be attending classes, walking the halls and attending school activities with their classmates.

On April 23. Gov. J.B. Pritzker announced the statewide shutdown remains in place through the end of May, prohibiting all large public gatherings in a continued effort to push back the spread of COVID-19.

To celebrate these students, area school districts have been scrambling to find alternative dates and brainstorming new ideas as ceremonies that were set for May have been tentatively rescheduled for June and July and in some cases are now being pushed out even further.

Sandwich High School organized a virtual senior awards ceremony and virtual graduation for its 156 graduating seniors on the original May dates on the school’s academic calendar — with hopes of a traditional in-person ceremony at the end of June.

Sandwich High School Principal Tom Sodaro shared via email that if the state allows large gatherings prior to the end of June, he will do his best to have each student walk across the stage of the high school.

“We are still closely watching the recommendations from the state to see if and when we can have an in-person graduation and prom. We are holding a virtual graduation because we are not sure if and when we can get together as a large group. I would hate to have our students get no closure if the stay-at-home order is extended,” he said.

In a letter to the Sandwich class of 2020 students and parents, Sodaro wrote, “This is certainly not what any of us expected when we started the school year. Some of us were eager for the year to fly by, others were hoping it would slow down a bit, but none of us imagined the year would end packing up our lockers without saying goodbye to our friends and teachers. I want you to know I am sad right along with you. Back in March, I hoped we would return to school and never dreamed I would be writing a letter addressing an alternative graduation ceremony.”

He went on, “I’ve known many of you since you were bright-eyed fourth-grade students. I’ve known several of you for just four years, and a few of you I have just met, but each of you have gone through something difficult with me this year of Covid-19, and I want to assure you I am doing my best to make May 17, 2020, as memorable as possible for you and your family.”

Utilizing an outside company for the virtual graduation ceremony, under the virtual plan, Sandwich graduates will line up in vehicles and diplomas will be presented to the students outside the school’s gym doors. 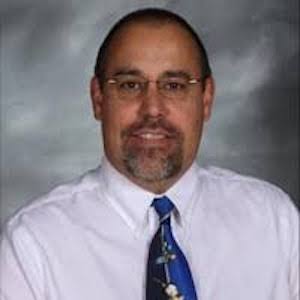 Students are asked to not get out of their car but photos will be taken.

A recent decision by the DeKalb County Health Department to not permit large events at Northern Illinois University until Aug.  1 has forced area districts who utilize the large Convocation Center on the NIU campus to scrap recently laid out plans for July graduations.

With NIU’s own graduation ceremonies rescheduled for Friday, Aug. 7 and Saturday, Aug. 8, area high schools were left with few alternatives that would not impact their graduates leaving for college — if colleges do indeed open their campuses to students this fall.

With 900 graduating seniors, West Aurora High School once again shifted its commencement ceremony for a second time to a new date on Monday, Aug. 3.

Erica Kegarise, assistant principal of West Aurora High School said, “We were fortunate to secure that August date as our hopefully in-person commencement.”

For now, Kegarise said, the plans for senior awards ceremonies and prom in July are a go “until someone tells us we cannot.”

“Our goal is to have these events, but obviously, we are bounded by the governor and we have yet to hear from the Kane County Health Department. These are tentative plans, and we don’t know what social distancing guidelines are going to look like,” she added.

However, Kegarise was clear “we want to give our seniors some type of hope.”

Kegarise also has been working with a vendor for a virtual graduation ceremony if the Aug. 3 graduation is later cancelled.

“I hope we don’t have to go that route,” she added.

For Oswego School District 308 and its nearly 1,200 graduating seniors at the district’s two high schools, Oswego and Oswego East, it is back to the drawing board.

The district previously had shifted prom and graduation ceremonies to June.

Theresa Komitas with Oswego School District 308 shared via email, “We are meeting and exploring many ideas, but until we have things finalized, we can’t release any updates.”

Likewise, Indian Prairie School District 204, which serves students in Aurora, Naperville, Bolingbrook and Plainfield, has gone back to the drawing board. 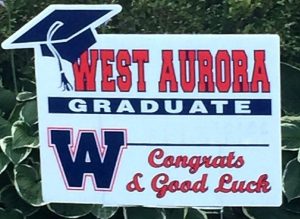 In a letter to parents, Neuqua Valley High School Principal Dr. Lance Fuhrer shared, “Yesterday, NIU cancelled their availability for all HS (sic) graduations until August. We have an alternative plan and are eager to share it soon.  Prom is still on, but that is fragile as well.”

Graduation for the five high schools and approximately 2,400 seniors that comprise Elgin District U-46 have been tentatively rescheduled to Saturday July 11, according Mary Fergus, director of School and Community Relations with Elgin School District U-46.

“Prom has been cancelled at all of our schools,” Fergus said. “We are working with each school for a different solution, whether it be a class reunion in December or another sort of celebration.”

Listed below are dates and times for area high school proms and graduations. These dates are contingent on any state-wide restrictions regarding large group gatherings that may be in place at the time.

A committee will develop additional back up plans, as needed, if the August 1 Graduation cannot be held due to restrictions related to COVID-19.