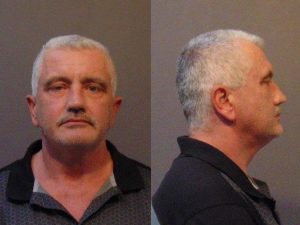 The jury deliberated for over three hours before returning guilty verdicts on all counts.
Charges against Cleveland were filed after an investigation began back in September 2016, when the victim, a family member to Cleveland, disclosed to law enforcement investigators that for approximately two months, Cleveland had committed acts of sexual penetration involving binding the victim’s hands above her head, suspending the victim from a basement support beam and binding her legs to support columns while assaulting her with live electric wires.

Cleveland, who had been in custody since his arrest, is scheduled for post-trial motions and setting of a sentencing hearing on Aug. 2. Cleveland is eligible for a minimum sentence of 46 years and a maximum sentence of 190 years in the Illinois Department of Corrections and any sentence he receives Cleveland must serve 85 percent of the sentence by law, for the counts involving aggravated criminal sexual assault.