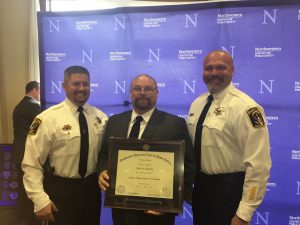 47th Puerto Rican Parade back on after cancelation

Iris Miller, president of the Aurora Puerto Rican Cultural Council, and Lopez-Rivera, previously met with Mayor Irvin to discuss the importance of continuing the parade, develop a plan to host both the parade and festival and find ways to secure sufficient funding for both.

“For nearly half of a century, the Puerto Rican community of Aurora has proudly celebrated its heritage and we can’t stop now,” said Irvin. “The City is committed to working with the APRCC to plan and promote a day of festivities that will continue this honored tradition.”

The 47th Annual Aurora Puerto Rican Heritage Parade and Festival will be held on Sunday, July 28 at noon in downtown Aurora. Instead of having the annual festival at RiverEdge Park as originally planned, APRCC has decided to bring the festivities back to its original roots into the heart of downtown. Immediately following the parade, the festival will commence in the recently renovated Public Lot B across from City Hall.

“The community responded with both support and disappointment when we announced the cancellation of the parade,” said Miller. “After seeing the potential opportunities available to us and with the support from the mayor, we are very excited to be able to work together to save the parade. We are asking everyone to come together to help make this year festivities a success.”

Much like for the Pride Parade, the city will provide support in the form of a Festival Funding grant.

In an effort to raise the $17,000 needed to host the parade and festival, APRCC launched a fundraising campaign on Go Fund Me at https://www.gofundme.com/2019-aurora-puerto-rican-parade-and-fest.

Sergeant Lawson has successfully completed a 10-week leadership training program held in Plainfield. This program, which was implemented by the Center for Public Safety in 1983, has graduated over 14,000 students both nationally and internationally.

Lawson has worked in the Operations division of the Sheriff’s Office since 2005. He has held several positions there, including as a community oriented policing deputy, school resource officer, juvenile officer, evidence technician, certified ALICE instructor, domestic violence coordinator and has been trained by the Department of Homeland Security as an active shooter threat instructor.

Lawson also has served his country as a member of the United States Army and earned his associates degree at Joliet Junior College.

“We strive for our supervisors to continue their professional development in order to provide our deputies and support staff with the highest quality of leadership, education, training and resources,” said Sheriff Dwight Baird.

In a ceremony packed with local, state and national officials, other leaders, and VIPs, the Village of Montgomery received an award at Argonne National Laboratory in Lemont for earning the SolSmart Gold Designation. 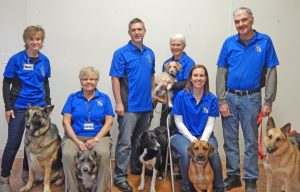 The communities “did an exceptional job, working tirelessly in a multitude of ways to earn their designations,” says Geneva Mayor Kevin Burns, who chairs the Metropolitan Mayors Caucus Environment Committee.

SolSmart is a national program designed to recognize communities that have taken key steps to foster the growth of mature local solar markets. Communities that meet the official criteria are designated SolSmart Gold, Silver, or Bronze. SolSmart is led by The Solar Foundation and the International City/County Management Association, and funded by the U.S. Department of Energy Solar Energy Technologies Office.

To achieve Gold, the highest designation, the Village of Montgomery earned at least 200 points for adopting solar best practices across eight categories of strategic SolSmart activities.

For transparency and efficiency, the Village of Montgomery also created a very important solar installation permitting checklist, and posted it on the community’s website. This not only allows local residents to see the process, but helps those applying for a solar permit to produce the necessary forms far more easily, completely, and quickly.

The public is invited to the Oswego Police Department’s Crisis Intervention Team Kickoff Meeting on Tuesday, May 28 at 6 p.m. at the Oswego Fire Protection District Station #1, located at 3511 Woolley Road.

A Crisis Intervention Team (CIT) Program is designed to improve police officers’ ability to safely intervene, link individuals to mental health services and divert them from the criminal justice system when appropriate. It is an innovative, community-based approach to improve the outcomes of these encounters.

They also can enhance communication in the community and identify mental health resources for assisting families and individuals in crisis.

The Oswego Police Department CIT Kickoff Meeting is designed to bring together citizens and potential stakeholders to discuss the needs of community members living with mental illness. Meetings such as these can help identify what resources may already be available and what collaborations could provide additional resources.

The kickoff meeting will consist of a presentation, question and answer session and informal discussion.

Anyone seeking more information on the program or event may contact Oswego Police Deputy Chief Brad Delphey at 630-551-7300.

The contractor for the project, D Construction, has begun work on Yorkville’s 2019 Road to Better Roads Program (RTBR). The program will consist of the milling and resurfacing of the pavement along several streets. Impacts to traffic are expected to be minimal; however, daytime lane and roadway closures should be expected.

The contractor will be performing and completing removal and replacement of pavement on the following roads:

For more information on the program visit: https://www.yorkville.il.us/447/Road-to-Better-Roads

Yorkville placed 13th in the 5,000-29,999 population category nation-wide. You can view the results on the website here: https://www.mywaterpledge.com/city-standings/.

The annual challenge that ran from April 1- 30, is a non-profit national community service campaign to see which leaders can best inspire their residents to make a series of informative and easy-to-do online pledges at mywaterpledge.com to use water more efficiently, reduce pollution, and save energy. “This challenge was a great way for cities large and small to do our part for the planet — and reward our residents for