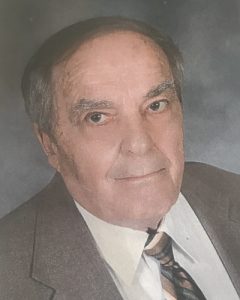 Due to the high levels from the recent spring rain, the Illinois Department of Natural Resources has implemented a restricted boating area on the Fox River in Kane County until further notice.

The state’s closure, which took effect at 5 p.m. May 29, pertains to boating and other water-related recreational activities on the Fox River.

According to the National Weather Service, there is a flood warning for the Fox River from St. Charles downstream to Montgomery.

The Geneva Fire Department also strongly discourages people from being out on the water given the swift current, floating debris, submerged structures and piers have created conditions significantly hazardous to navigate.

Beginning June 2, law enforcement throughout Illinois will carry the “Flame of Hope” nearly 1,500 miles, running through hundreds of communities via 23 different legs (routes).

The Flame of Hope will ultimately be delivered to Bloomington-Normal for the Opening Ceremony of the Special Olympics Illinois Summer Games on June 7.

A majority of the run will be along Orchard Road and Mill Street and then ending at the intersection of Route 34 and Washington Street. The runners will then meet with Special Olympics Illinois athletes at the Hudson Crossing Park in Oswego.

The Law Enforcement Torch Run has raised more than $51 million over 33 years while increasing awareness of Special Olympics Illinois athletes and their accomplishments.

Sheriff’s deputies respond to man with a gun

On May 28, at approximately 1:39 a.m., Kendall County Sheriff’s Deputies were dispatched to the area of Little Rock Road and Vilmin Road in unincorporated Little Rock Township for a report of a single vehicle accident.

Deputies and officers from the Plano Police Department located the vehicle, which was occupied by a male subject, armed with a handgun.

The male, identified as John Kvicky, a 45- year-old man from Somonauk, refused police orders to exit the vehicle.

Following a four- hour standoff, negotiators were eventually able to convince Kvicky to surrender, and he was taken into custody by members of the Kendall County Special Response Team.

During this time, Little Rock Road was shut down from Galena Road to Miller Road. Normal traffic was allowed to resume at approximately 8:41 a.m.

Kvicky was transported to the hospital for evaluation. Charges are forthcoming.

The Kendall County Sheriff’s Office would like to warn the residents of possible contractor frauds/scams due to the storm that came through the area.

One of the most common crimes committed following a storm is fraud committed by so-called contractors who offer a range of services.

Often, these persons are unlicensed and while they have a good sales pitch, they are only looking to steal. If you come across anything unusual, do not hesitate to call your local police department or dial 911. 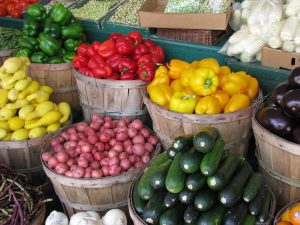 Sign up is open for the Montgomery Fest Parade

Don’t miss the opportunity to promote your business or organization in the Montgomery Fest Parade on Sunday, Aug. 11 at 1 p.m.

All businesses, families and causes are welcome to participate in this event. This event is free to participate. Each year it is one of the most popular events at Montgomery Fest.

“I am very sad to announce the passing of long-time trustee and good friend, Pete Heinz. Pete worked tirelessly on behalf of our community and was always available to listen to village residents and their concerns,” said Village President Matt Brolley.

The 82-year-old Heinz died May 25 while in hospice care at Rush Medical Center in Chicago. He was the longest serving member of the Village Board, having first been elected in 1987.

Heinz was a native of Aurora, and was retired after working 31 years at the local Caterpillar plant where he was a mechanic.

While on the board, he worked with and advocated for the Public Works Department.

“Pete was a true public servant and gave freely of his time to boys baseball, Little League and Cub Scouts. He was also active in Big Brothers/Big Sisters,” Brolley stated.

Heinz served on the Montgomery Fest organizing committee for many decades and worked at the annual festival each August, according to the village.

After the new Village Hall was built in 2008, he organized a monthly senior lunch that was very popular and still continues today. “His selfless service has had a lasting impact for good in our community,” Brolley said.

A funeral Mass was held May 30, at Our Lady of Good Counsel Catholic Church, 620 Fifth St., Aurora. Burial was at Mt. Olivet Catholic Cemetery, Aurora.

At 10 a.m. on Tuesday, June 11, talented students from the Fox River Academy of Music and Art will perform a free musical show at the Montgomery Village Hall, 200 N. River St.

The performers range from elementary through high school age, and include performances for violin, piano, flute and voice. The event is free and open to the general public

Movies in the Park lineup announced for summer

Oswego’s Movies in the Park series returns starting Thursday, June 6, with outdoor movie experiences that are fun for the whole family.

Thanks to a partnership with the city of Yorkville, Oswego residents will have the regular Movies in the Park season, plus the opportunity to see  films at the Raging Waves Waterpark and a retro drive-in movie showing of The Greatest Showman at the Park N Ride lot.

Movies in the Park is free to residents, and food or treat vendors will be selling snacks most dates.

Films begin at dusk, approximately 8 p.m. Unless otherwise noted, outside food and non-alcoholic beverages are welcome.

Parking is free, based upon availability.

The 2019 Movies in the Park season includes:

Rated ages 8+ by Commonsense Media. Location: Raging Waves Water Park. Pre-film activities begin at 6:30 p.m. No outside food or beverages are allowed at this location; however, the Hungry Croc Restaurant will be open for service.

Thursday, August 8: “The Greatest Showman” at the Dine N’ Drive.

The Yorkville Farmers Market has returned this summer and will be stocked with fresh produce and products from local farmers and businesses for all to enjoy.

If your business would like to participate in this year’s Farmers Market please contact the Yorkville Parks and Recreation Department at 630-553-4357.