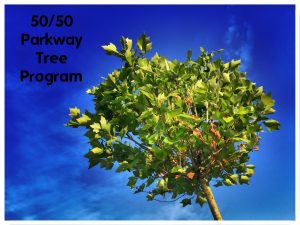 She was working in her office on the 38th floor of World Trade Center 1 on the morning of Sept. 11, 2001 when her life – and the world – would change forever.

From holding her desk with both hands thinking the building was going to fall after the plane struck to being in a crowded dark stairwell when she heard the plane hit the second tower to running through the streets of Manhattan covered in dust after watching both towers in flames and subsequently collapsing.

Zerin-Anwar, who moved to Aurora with her husband in 2006, will be the guest speaker at the City of Aurora’s annual Sept. 11 Memorial Ceremony at 8:30 a.m. on Wednesday, Sept. 11 at the Aurora Central Fire Station, 75 N. Broadway.

“Sept. 11 will always be a time of mix emotions for me,” said Zerin-Anwar, a software engineer and mother of three. “It was a day filled with shock and loss, but also with sacrifice, kindness and unity. The city and country came together in a way that will stay with me forever.”

The ceremony is open to the public.

Heroin dealer sentenced to six years in prison
James Shines, 57, of Chicago was sentenced to six years in the Illinois Department of Corrections by the Judge Robert Pilmer for Unlawful Delivery of a Controlled Substance (Heroin) last week, according to Kendall County State’s Attorney Eric Weis.
The charges stemmed from an investigation that took place in December 2018 by the Kendall County Cooperative Police Assistance Team.
During a short period in December, Shines delivered heroin to an undercover agent on multiple occasions. Shines was arrested in December 2018 and has remained in custody since his arrest.
Shines will be required to serve two years of mandatory supervised release after he serves his six-year prison sentence. Additionally, Shines will have to deal with a violation of his federal parole for an unrelated drug case that also involved heroin distribution.
“KCPAT continues to be diligent in their efforts to root out individuals who would bring illegal narcotics into our county to try and sell to our community, I applaud their dedication,” said Weis.

On Aug. 30, at approximately 3:02 a.m. the Kendall County Sheriff’s Office responded to the 0-99 block of Gastville Street, unincorporated Oswego Township, for a report of a stolen motor vehicle that had just occurred.

The officer did not pursue and the vehicle was last seen traveling at a high rate of speed southbound Harvey Road. Officers soon located a head-on traffic crash on Harvey Road south of Wolf Road involving the stolen Pontiac and a second vehicle. Paramedics were called to the scene to treat the sole occupants of both vehicles.

The driver of the stolen Pontiac was pronounced dead on scene. He was identified as Daniel L. Arroy, 46, most recently of the 1000 block of Route 30, unincorporated Oswego Township.

The driver of the second vehicle was identified as Ricky Hill, 50, of Shorewood who was transported to Rush Copley Hospital with serious injuries.
Harvey Road was closed from Wolf Road to the intersection of Rance Road and Stewart Road during the investigation. Members of the Oswego Police Department assisted with accident reconstruction. The roadway was re-opened just before 9 a.m. The investigation is ongoing.

The program will be held from 8:30 a.m. to 2 p.m. on Saturday, Sept. 14 at the field adjacent to the Kingfisher Bunkhouse.

These are open-house style planting events, so volunteers are encouraged to visit and lend helping hands at any time during the work day efforts.

Riverside Cemetery Walk set for next month
The 11th annual cemetery walk in Montgomery’s Riverside Cemetery will be held on Wednesday, Oct. 2 from 7-8:30 p.m. Guests will be led through the cemetery in small groups to meet the fascinating “ghosts” of some of the early pioneers and other area residents who now occupy the cemetery.

This is not a scary event, but more an opportunity to learn about the past from authentically costumed actors who will portray some of the people buried in the cemetery. This year’s event will highlight one of Montgomery’s earliest settlers, a local business owner, two sisters who grew up in Montgomery, and the superintendent of the Montgomery sheep yards.
Tours will begin near the corner of River and Taylor streets on the south side of the cemetery about every 10 minutes, so visitors can arrive any time between 7 and 8:30 p.m.

Parking is available along River Street and at the playground at the north end of Montgomery Park. Visitors are encouraged to bring a flashlight and wear sturdy shoes. Montgomery street signs will also be for sale for $10 at the event and Dieterle Memorial Home will provide refreshments.
The Cemetery Walk is organized by Montgomery’s Historic Preservation Commission. There is no charge for this event. In the event of rain, the Cemetery Walk will take place on Thursday, Oct. 3 at the same time. An indoor reenactment of the Cemetery Walk will take place in the Board Room of the Montgomery Village Hall at 10 a.m. on Tuesday, Oct. 8.
Volunteers are being sought to serve as guides to escort the groups through the cemetery. To volunteer or for additional information, please contact Debbie Buchanan at the Montgomery Village Hall at 630- 896-8080, ext. 9003 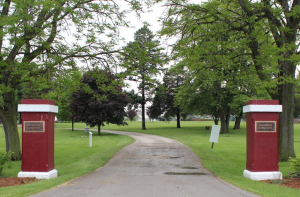 The 11th annual cemetery walk in Montgomery’s Riverside Cemetery will be held on Wednesday, Oct. 2 from 7-8:30 p.m. (Photo courtesy of village of Montgomery)

Detailed in the village proclamation, read by President Matthew Brolley, stated:  “We (the Board) encourage all residents to take the time to inquire as to the wellbeing of their family, friends, and neighbors over the next few days and to genuinely convey their appreciation for their existence by any gesture they deem appropriate, such as a phone call, hug or handshake.”
Local and national organizations like Suicide Prevention Services are on the front lines of a battle that many still refuse to discuss in public. It’s important to know that help is available.

If you or someone you know is having suicidal thoughts, call The National Suicide Prevention Lifeline at 800.273.TALK (8255) or call 911 immediately. Crisis Text Line, Text REACH to 741741.

Memory loss can take many different forms: from simply misplacing your belongings to forgetting to complete critical independent living activities, such as
eating and paying bills. And while it is a common concern for many older adults, memory loss is not considered to be a part of normal aging.
There are many known causes, ranging from Alzheimer’s to depression or vitamin and nutrition deficiencies.

If you or your loved one is having memory concerns, make an appointment for a free memory screening at the Oswego Senior Center. It only takes 15 minutes and can indicate if you might benefit from a more comprehensive evaluation. Call 630-554-5602 to set an appointment with Kathy Perez, MSW, LSW.

50/50 Tree Program deadline is this week

The 50/50 Tree Program orders must be received by Friday, Sept. 13. Through the 50/50 Parkway Tree Program, the United City of Yorkville shares the cost of planting trees with homeowners.

Residents simply choose the tree they want and send in a check for the cost listed on the order form. The city does the rest.

The program will continue on an annual basis, and planting will occur at the fall of each year.  The Parkway Tree Program is intended to provide quality shade trees to residents within the city to be planted within the rights-of-way along the streets and corridors throughout the city.

To participate in the program, download and mail the 50/50 Parkway Tree Application Form (PDF) along with payment, or stop by City Hall at 800 Game Farm Road.

For more information, along with a list of available tree options, visit: https://www.yorkville.il.us/191/5050-Parkway-Tree-Program.