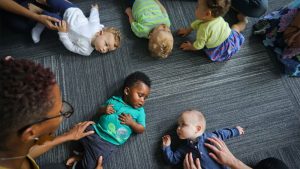 AARP Tax Aide is the nation’s largest volunteer run income tax assistance and preparation service. Volunteers are trained in cooperation with the Internal Revenue Service (IRS) as part of its Tax Counseling for the Elderly (TCE) program.

This free tax preparation service can address most of the tax return issues faced by low and moderate income taxpayers with special attention to those 60 and over. No need to be an AARP member and there are no age or income limits.

Tax preparation and counseling will be available from Thursday, Feb. 6 through Monday, April 13 by appointment on Mondays and Thursdays from 9 a.m. to 1 p.m.

Make sure you have received all of your tax documents before calling to schedule your ONE hour session.

Tax Aides can file long form with itemized deductions but are not authorized to file complex returns including those with rental or farm income.

questionnaire. We will E-File your Federal and State return when completed so that any refund due is received sooner.

If you are interested in attending the event, please Senior Services Associates, at 630-553-5777.

State Rep. Stephanie Kifowit, D-Oswego, is inviting residents to receive an update about local transportation on Thursday, Feb. 20 starting at 6:30 p.m. at the Aurora Library, located at 555 S. Eola Road, in Aurora.

“Over the years, many of our roads and bridges have fallen into disrepair and our region’s transportation systems have been damaged by insufficient funding,” said Kifowit. “Last year, we passed a funding plan to rebuild our state’s infrastructure and improve our regions public transit operations.”

Before the event, Kifowit will welcome residents for a networking hour starting at 5:30 p.m. until the start of the program at 6:30 p.m. Kifowit will then be joined by representatives from Pace and the Regional Transportation Authority (RTA) to discuss local public transit projects, as well as services including Pace on Demand and ADA paratransit.

For more information about the event, or to RSVP,

On Jan. 31, at approximately 5:30 a.m., fugitive Noah Rodriguez was arrested in the 500 block of Fifth Avenue in Aurora, Illinois by members of the United States Marshal’s Great Lakes Regional Fugitive Task Force.

Rodriguez, a 22, of the 500 block of Fifth Avenue, Aurora, was wanted on a Class X felony charge for Aggravated Criminal Sexual Assault out of Kendall County. Rodriguez was also wanted out of the Illinois Department of Corrections for a parole violation.

Rodriguez is currently being held in the Kendall County jail for his no bond warrant. Rodriguez was a fugitive since Dec. 7, 2019.

Child pornographer gets a 10-year sentence

Kendall County State’s Attorney Eric Weis announced that Randall Thomas, 67, 0-99 block of Pomeroy Court,  Montgomery, was sentenced to 10 years in the Illinois Department of Corrections by the Honorable Robert Pilmer for the offense of Child Pornography, a class X felony, in an agreed plea agreement late last month.

sentence. The charges against Thomas stemmed from an investigation that began in 2016 which came from a cyber-tip from the National Center for Missing and Exploited Children.

After receiving the tip, members of the Kendall County Sheriff’s Office began an in-depth investigation into Thomas which lead to his arrest in April 2016 on multiple charges of child pornography, including images of children under 13 years of age. The images possessed by Thomas were those previously identified by the National Center for Missing and Exploited Children. None of the images were of local children.

Weis praised the members of the Kendall County Sheriff’s Office for their continued diligence in investigating these cases.

Thomas will serve three years of mandatory supervised release, formerly known as parole, after his release from prison. He will also have to register for life as a sex offender. 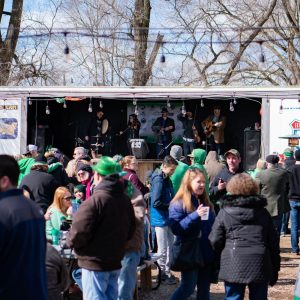 The village of Montgomery continues its partnership with the Paramount School of the Arts in Aurora to offer free Kindermusik demo classes on Thursday, Feb. 20.

According to village of Montgomery Community Relations Manager Corinne Vargas, “We are happy to promote the importance of early childhood creative and social development and enhance the value of the arts in the Montgomery community.”

Parents and children will experience singing, dancing, playing instruments and hearing stories; using the power and joy of music-making to help children learn and grow socially, musically and cognitively. The free classes will be limited to approximately 15 children per age group.

To RSVP for one of the free classes visit MontgomeryIL.org and fill out the online form. Contact Julie at kindermusik@paramountarts.com for more details about the Kindermusik program or about the Paramount School of the Arts.

On Feb. 3 at 7:44 p.m., Oswego Police were dispatched to the Verizon Wireless Store in the 2700 block of Route 34 for a robbery. An employee reported seeing what appeared to be a subject entering the store with intent to rob the store.

The employee fled the store and called police. Responding officers located one subject near the scene and he is currently being detained.

Two other suspects are believed to have fled the scene, one on foot and one in a vehicle.

The male who fled on foot is described as a male, black, approximately 6 feet tall, skinny build with dreadlocks, wearing a black sweatshirt and black pants. He was last seen headed westbound from Route 34 and Douglas. The vehicle is described as an older model grey Chrysler Pacifica. It was last seen on southbound Route 30.

The Oswego Police Department is asking anyone who may have information to contact them at 630-551-7300. Alternatively, anonymous reports can be made to Kendall Crime Stoppers at 630-553-5999, where tips leading to arrests may receive a cash reward of up to $1,000.00

This is an active investigation.

Important Message from the Oswego Senior Center Board of Directors:

2020 presents a new decade of service and challenges for the Oswego Senior Center.

The center is in its 13th  year of providing nutrition, education, exercise, recreation, health screens, activities and trips to area seniors aged 60 or older.

The center relies on grants, volunteers, sponsorships and fundraising events to keep the center vibrant, but it still has an ever-increasing shortfall each year as costs increase. This year the gap is projected at $28,000.

Any donation is greatly appreciated, and while we don’t have a membership fee, a $5-$25 donation a month or an extra donation at meals would go a long way. Staff can help you set up individual giving or help you to work as a group in your separate classes or programs.

Attendees are encouraged to line up in front of Riverfront Park on the North side of Hydraulic Avenue to best observe all of the fun floats. For additional information regarding the parade and the St. Patrick’s Day Celebration visit the Yorkville St. Patrick’s Celebration Facebook page.

If your organization or business would like to participate in the 2020 St. Patrick’s Day Parade contact the Yorkville Parks and Recreation Department at 630-553-4357 or send them an email.