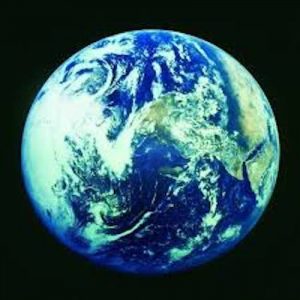 Waubonsee Community College presents The Art and Science of Weather Forecasting at its main campus on March 12.

Kendall County State’s Attorney Eric Weis announced that Walter King, 26, 3800 block of Munson Court, Plano, was sentenced to five years in the Illinois Department of Corrections on the charge of residential arson (felony), along with three charges of domestic battery

(misdemeanors) and one charge of violation of an order of protection (misdemeanor).

The charges against King in the residential arson case began when King, who was out on bond for multiple domestic battery offenses, was wearing a G.P.S. monitoring unit as a condition of bond.

During that time, King again contacted the victim, went to her residence, entered the home, and lit a small fire in one of the bedrooms. Data from the G.P.S. unit confirmed his location before, during, and after the fire was set. Phone records showed the communication between the victim and King before the fire was set.

The Illinois State Fire Marshal’s Office conducted the investigation into the fire, along with Little-Rock Fox Fire Protection District and the Plano Police Department. Authorities put the damage at over $20,000 and confirmed the fire began with the use of accelerants.

King was arrested shortly after the fire was under control and remained in custody while the case was pending.

Weis commented that this case, given the number of prior domestic and bond violations, had the potential to end tragically. The victim was not home when the fire started and the fire injured no one.

On Feb. 26, the Kendall County State’s Attorney’s Office approved additional charges against a 22-year-old DeKalb woman involved in a hayride crash in October.

The investigation began on Oct. 12, 2019, following the traffic crash in which Kaitlin Minick, who was determined to be operating the vehicle that struck the rear of the hayrack trailer carrying a group of people.

According to the Sheriff’s Department, at approximately 5:37 p.m., Kendall County Sheriff’s Deputies responded to the area of River Road between Blackhawk Road and Fox River Drive, for a report involving a vehicle colliding with a wagon being towed by a tractor for a hayrack ride.

An investigation revealed Minick, was driving west on River Road when her vehicle struck the back of the westbound hay wagon carrying a total of 14 adult passengers. Eleven passengers were transported to local area hospitals for treatment of varying degrees of injuries.

Minick was treated and released on the scene. She was initially cited for failure to reduce speed to avoid an accident. Charges were later upgraded as the investigation continued.

A warrant for Minick’s arrest was issued on Feb. 27, and she was taken into custody on Feb. 28, in the 300 Block of East Main, Yorkville.  She was transported back to Kendall County Corrections where she is currently being held on a $25,000.

Asset Earth: The Art and Science of Weather Forecasting

Waubonsee Community College associate professor of earth science and meteorology Karl Schulze will summarize man’s past attempts at forecasting the weather, the current state of weather forecasting and how it is performed, and explore future developments to improve weather forecasts on Thursday, March 12 at 7 p.m. at the Waubonsee Community College Sugar Grove Campus.

The main lobby at Village Hall in Montgomery has been turned into a mini Art Museum for the month of March to celebrate Youth Art Month.

Students from the area’s elementary schools were invited to participate by providing a piece of their artwork to display. Along with many drawings, paintings and mixed media, there are also an assortment of sculptures and even a diorama on display.

Everyone is invited to visit Village Hall at 200 N. River St. to marvel at the wide variety of artwork. Village Hall is open from 8 a.m. to 4:30 p.m. Monday through Friday.

In addition, the building will be open from 7 to 8:30 p.m. on March 23 for people to view the displays. Student artists will each receive a Youth Art Month button commemorating their participation.

The Montgomery Village Board took time to highlight Youth Art Month at the Feb. 24 board meeting by approving a proclamation that states, in part, “The National Art Education Association, in conjunction with the Illinois Art Education Association, strives to support the youth of our community in their intellectual development through artistic endeavors, and to recognize and support our committed art teachers.” 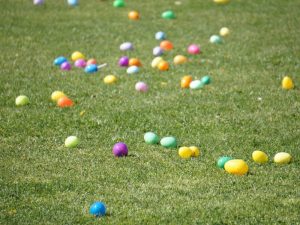 Registration is now open for the Yorkville Parks and Recreation Department and Senior Services Easter egg hunt that will be on April 4.

Advance your career With Oswegrow workshops

Whether you’re just looking to get ahead in your career or thinking about following your passion and embarking on a new business idea, there’s something for you at an Oswegrow workshop this spring.

Oswegrow offers technical assistance to self-starters and entrepreneurs at all levels. By attending a workshop, you’ll get expert advice on a variety of topics, from starting your own small business to diversifying your existing workforce.

Participants will also have the opportunity to connect to other resources available to you as an Oswego entrepreneur, including market research and one-on-one mentorship with business professionals who have been in your shoes.

Join us for one of the following workshops this spring. All workshops will be held at the Oswego Public Library District’s downtown Oswego campus, 32 W. Jefferson St.

Starting a Side Gig While Working a Full-time Job

Transition from J-O-B to B-O-S-S by starting your new business as a side gig to ramp up your income and make a seamless move. Presenter Marie Herman, owner of MRH Enterprises, will share the pros and cons of this strategy and provide insight on how to get started – identifying your business opportunities, simple actions to get started and pitfalls to avoid.

Join our Fox Valley SCORE roundtable discussion on how to more effectively leverage social media to market your business. Join Sara Troyer, program coordinator with the Illinois Small Business Development Center, to discuss social media strategies and goals, the best tactical practices, and how to build your advocate community. Learn how to enhance your social media profiles on Twitter, Facebook, LinkedIn, Instagram, and YouTube.

Is This Thing On? Speak and Be Heard

Men and women communicate differently. Learn how to identify and leverage those differences to project confidence and authority from the moment you step into the room. This workshop, taught by Theresa Sperling, CEO of Achieve That Next Level, will teach you how to listen more closely to identify communication differences in your everyday life and apply that knowledge to command a room.

Intellectual Property and Your Small Business

Join the Yorkville Parks and Recreation Department and Senior Services for this fun, family event on Saturday, April 4 at the Beecher Center, 908 Game Farm Road.

The hunt will be held outside so dress appropriately. This cost of the hunt is $6 per person and includes breakfast, activities, and the egg hunt.

Pre-registration is required, and all ages are required to register. For more information or to register contact the Yorkville Parks and Recreation Department visiting www.yorkville.il.us/register.