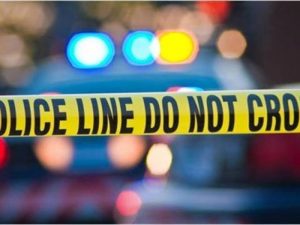 According to the Kendall County Sheriff’s Office, several departments were called to a home invasion in the 0-100 block of Saugatuck Road in unincorporated Montgomery around 6:45 a.m. for reports of armed men with masks who had entered a home.

Jesus Villegas, 29, 600 block of Manhattan Circle, Oswego, was charged with two counts of home invasion (Class X Felonies), unlawful use of a weapon by a felon (Class 2 Felony), and possession of a stolen firearm (Class 2 Felony).

Jesus Villegas was also wanted on outstanding warrants for possession of marijuana in both Kendall and DuPage counties, as well as possession of a controlled substance in Kane County.

Adrian Villegas, 26, of the same address, was charged with two counts of home invasion (Class X Felonies) and possession of a stolen firearm (Class 2 felony).

Both men remain in custody as of the weekend.

Kendall County Sheriff Dwight Baird lauded a particular deputy who assisted on the morning of the home invasion. Deputy Michael Tsusaki was marking the 20th anniversary of service with the department.

“I have a tremendous amount of respect for Deputy Tsusaki and his dedication to serve and protect others,” Baird said. “This morning Deputy Tsusaki responded to a call of a home invasion involving armed subjects, that were wearing masks, and had possibly shot a person and they were fleeing from the scene. Deputy Tsusaki spotted the suspects and without hesitation gave chase and ultimately apprehended one of the suspects, whom was armed.”

He thanked them “for their rapid response and apprehension of the suspects in (Fridays) incident. It sends a strong message to bad guys that if you come into our area you will be caught and a sense of comfort to us residents of the great response and teamwork by the multiple agencies,” DeLong said. “Thanks for protecting us.”