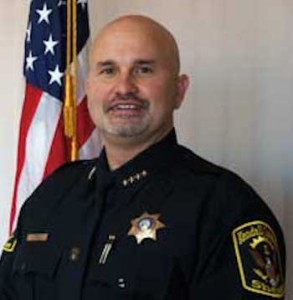 Two of Kendall County’s most wanted fugitives have been taken into custody since Jan. 1 when Kendall deputies began teaming up with the United States Marshal to capture and arrest suspects on the run.

The United States Marshal’s Great Lakes Region Task Force is comprised of area police officers and deputy sheriffs from various Chicago area agencies who are assigned to work full-time with federal agents with the U.S. Marshals. Their goal is to take suspects with active warrants into custody.

Since January, a wanted alleged kidnapper and a man wanted for forgery and resisting arrest have been apprehended, Kendall deputies said.

He said this is accomplished with zero impact to the Sheriff’s Office’s day-to-day patrol and investigations manpower.

According to Baird, the U.S. Marshals have access to a mound of additional resources, not available to the Kendall County Sheriff’s Office.

He noted that they are “uniquely equipped and trained in locating and apprehending violent and dangerous offenders.”

Additionally, the task force service comes at no additional cost to the Kendall County taxpayers, he said.

“It has always been my goal to evaluate and take part in cost effective measures to ensure that the citizens of Kendall County are provided with the highest level of service from its law enforcement,” Baird said. 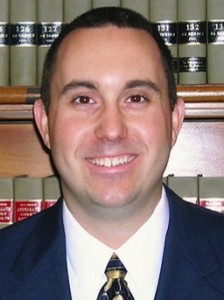 According to Kendall County State’s Attorney Eric Weis, utilizing the task force also helps in the prosecution of criminal cases.

“Having the ability to quickly apprehend those offenders who pose the highest risk or danger to society is very important,” Weis said. “I want to commend Sheriff Baird and his office for working together with the State’s Attorney’s Office to address this area of concern.”

The program is an example of different branches of government sharing resources to benefit taxpayers and the community, he said.

“Getting violent offenders off our streets is a win for everyone,” Weis said.

Baird pointed to two recent arrests as proof that participation in the task force is paying off.

An investigation conducted by the task force led them to Reddick, who was found in the 800 block of Front Street, Baird said. Reddick had been on the run since December 2015.

Fifteen days later, on Jan. 27, task force members arrested Kenny King, 25, in the 300 block of South Springbrook Trail, Oswego. A fugitive since December 2014, King was wanted by the Oswego police for forgery, obstruction of justice, retail theft and resisting a peace officer.

“The partnership formed between the U.S. Marshals Service and the Kendall County Sheriff’s Office has quickly led to the apprehension of two fugitives and helps us in achieving our goal of keeping the citizens of Kendall County safe,” Baird said.