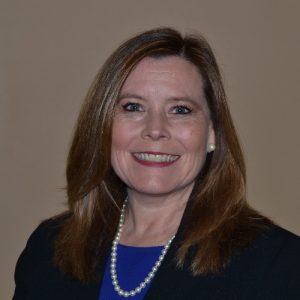 Since becoming executive director of the Metro West Council of Government, Lesli Melendy has been busy working other regional councils in the state on key issues including pension reform and transportation challenges. (Photo courtesy of MWCG)

Since taking the helm of the Metro West Council of Government this past June, Lesli Melendy now spends a good portion of time in her car traveling across Kane, Kendall and DeKalb counties making the rounds to the 33 municipalities that make up the organization.

At one time, many of these municipalities were kind of “siloed,” Melendy said.

There were regional issues that they had in common, she said, however, these municipalities would be working on the same issues but independently.

“They realized that there is more power in numbers and by working collaboratively you get a lot further, she said. “There is an exchange of resources and information.”

As a result, the Metro West Council of Government was formed in 2004.

“We are kind of conduit between the local government and the state legislature, she added.

Our goal is to protect “local funds and local government,” Melendy said.

Before tackling the executive director position at the Metro West Council of Government, Melendy, who lives in Huntley with her husband and three daughters, spent six years as a chief of staff for Illinois State Senators Karen McConnaughay and Donald DeWitte.

Melendy also is a member of the Huntley School Board where she has been an active volunteer for many years.

Melendy said during her tenure in Springfield she saw “a lot of exciting things happening,” but she also started to look for something different where she could “take the skills she learned” and utilize them in another way.

In 2019, as part of Metro West, Melendy was involved in the pension reform bill that passed in the state session while teaming up with other Illinois regional Councils of Government—something that will continue into 2020.

“We also work on a lot of transportation problems,” she added.

During the 2019 state legislative session, the group also worked on a capital project plan relating to the expansion of Route 47 in Yorkville.

“Our roads are so old. We have crumbling infrastructure that has been neglected,” she added.

Due to the state budget issues, they haven’t infused any money into capital projects in the area for more than a decade, Melendy said.

“It has been left to local municipalities to put Band-Aids on repairs,” she added.

Metro West also has held informational training sessions run by legal professionals regarding the legalization of recreational marijuana for local municipalities according to Melendy.

“There are a lot of gray areas,” she added. 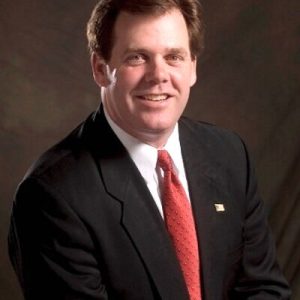 The group also is working to “protect” its share of the Local Government Distributive Fund or local share of state income tax, Melendy added.

The LGDF had been reduced during the last administration and “it has had an effect on especially the smaller municipalities who had depended on that money to pay things like police pensions, “she said.

“We got five percent of it back last year and this year, we will be working to get it fully funded at 10 percent,” Melendy said.  “We are always trying to protect our local dollars which get swept away by the state.”

The group is monitoring legislation that would require municipalities to replace lead-based water service lines in the aftermath of the outbreak of Legionnaires’ disease last year, she said.

“We are all for cleaner water,” but Melendy said, “The question is for some older and large municipalities such as Aurora and Elgin is how to pay for it.”

Elgin and Aurora are the two largest municipalities that are members.

To be members of the Metro West Council of Government, municipalities are charged a fee based on population size.

Sugar Grove Village President Sean Michels, also the past president of the Metro West Council of Government, said, “There are about 5,000 bills introduced throughout the year in Springfield.  Working with Metro West and the other members, we can monitor those and for the big ones get lobbyists involved.

“If we had to do it ourselves and hire someone to follow legislation and lobby for or against it, it would be cost prohibitive for a town like ours,” he continued. “By getting together with other towns, it is a very reasonable cost.”

Through the collaboration of Metro West, Michels said, “The mayors come together and we look at major projects.”

Kevin Burns, mayor of Geneva and the current vice president of Metro West said, whether it is protecting local tax money, or addressing building codes, stormwater management, or other policies that impact local communities, the municipalities that are members of Metro West are dealing with these issues to “a varying degree.”

To be clear, Burns said, Metro West is not a “political organization, but a policy organization.”

“Whether our legislatures are predominantly Republican or Democrat, it doesn’t matter to us. What matters is the policy. We want very much out of respect and need to hold our legislature accountable,” he added.

“When we approach the legislature with a common voice that often gains better traction than just one community, one mayor, or one council sharing that message,” he said.