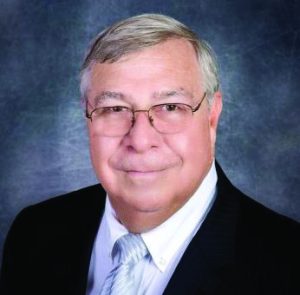 He served seven years on the village board and was up for re-election in April.

Bond served as chairman of the village’s Beautification Committee, introduced the “Montgomery’s Got Talent” Program, which is part of the annual Montgomery Fest.

In addition, he was an advocate for naturalized wildflower plantings in the village and an active supporter of the Little Free Library initiative and Neighborhood Watch programs.

Prior to serving on the village board, he was the Kane County chief deputy clerk for several years.

He is survived by his wife Marion of 40 years, daughters Erin (Jim) Hart, Elizabeth (Chris) Abbott and Sarah (Josh) Paddock and three grandchildren.

Village President Matt Brolley has issued a statement on the passing of Village Trustee Stan Bond:

“I am deeply saddened today by the passing of our friend, Stan Bond. As anyone who knew Stan can attest, he fully embodied the qualities of a public servant. His deliberate, thoughtful and responsible leadership was matched only by his joyful sense of humor.

Stan served two terms on the Village Board since first being elected in 2011, and particularly focused his energy on civic and neighborhood projects.

During his tenure, he served as chair of the village’s beautification committee, where he championed the holiday, Halloween and floral decoration recognition programs and the bridge planter program.

He organized the repair and painting of village entry signs, and was particularly proud of the bluebird attraction program that placed more than 50 bluebird houses in natural areas in Montgomery.

Stan started the annual talent show at our Montgomery Fest and loved to promote the talents and achievements of our residents.  He served as a Neighborhood Watch leader and dedicated a great deal of effort to making our community a better place to live.

More recently, he was the driving force behind the creation of the Montgomery Foundation which has helped place little free libraries throughout town, fund college scholarships, and provide grants to our elementary schools.

He truly made our community a better place and all of us are better leaders because of him. His spirit and legacy will live on in this community that he loved.

On behalf of the Village Board and staff, my wife Rosa and I send our deepest condolences to Stan’s wife, Marion, and their family. We are indebted to you for his service and will forever stand beside you.

In honor of Stan’s service to our community, the village flags will be lowered to half-staff and bunting installed on village buildings until noon on the day of his funeral.”