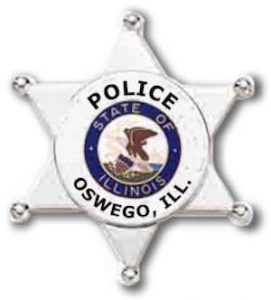 Oswego police are investigating two road rage incidents that recently occurred involving drivers flashing handguns at motorists.
The most recent encounter occurred around 8:05 p.m. on Monday when police were called to the area of Route 30 and Route 34 by an 18-year-old man.

The victim told police that he was driving eastbound on Route 30 when he changed lanes in front of a dark blue pickup truck.
According to Oswego police, the truck’s driver pulled up next to the victim’s vehicle and the two drivers began exchanging words. Following the exchange, the pickup truck driver allegedly pulled out a handgun, flashed it at the victim, and drove off into the Ogden Falls subdivision.
Police said the driver of the truck is described as a white man in his late 20s, with dark blonde hair and a beard.
A similar incident was reported last week and although police believe the incidents are not considered to be related officers are asking drivers to drive with courtesy and patience.
Oswego Police Department spokesman Cathy Nevara said that around 8:30 p.m. on Thursday, a woman reported that she was driving northbound on Orchard Road near Lewis Street when she felt a vehicle was following too closely behind her.
When the single lane split into two lanes, the vehicles were next to each other and the two drivers began exchanging words, Nevara said.
The female victim told police that a white man driving a dark colored Jeep pointed a handgun at her and then fled the scene. He was further described as having reddish-brown hair and a beard, and having arm and neck tattoos.
In response to the two incidents, police said it is best to not engage with drivers that appear irate or are driving aggressively.
According to police, common reasons drivers experience road rage include fighting over a parking space, being cut-off by a driver, being offensively gestured at, being annoyed at someone’s honking, feeling stuck behind a slow driver, and being tailgated.
To avoid confrontation, police suggest changing lanes if you are being tailgated. Additionally, drivers should us an “I’m sorry” gesture, like a wave, to attempt to diffuse a potentially volatile situation.
“Keep your driving environment calm,” police said “Listen to music you enjoy.”
If you encounter an angry driver, avoid eye contact and give them plenty of room, police said. Drivers should also make sure they leave themselves enough time to get where they’re going and to use their horn sparingly while on the road.
“However, if you believe the other driver is following you or is trying to start a fight, get help,” Oswego police said. “If you have a cell phone, use it to call the police. Otherwise, drive to a place where there are people around. Use your horn to get someone’s attention. This may discourage an aggressor. Don’t get out of your car and don’t go home.”
If you have any information on these incidents or other suspicious activity, contact the Oswego Police Department at (630 551-7300 or you may also report information related to a crime anonymously to Kendall County Crime Stoppers at (630) 553-5999