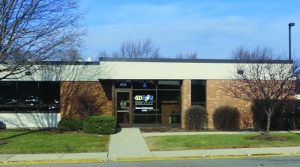 School District 308 is hoping voters will approve a tax rate increase April 2, a measure the board of education says is needed to avoid cuts.

As budget cuts continue in Oswego Community Unit School District 308, the Board of Education is seeking to pass a referendum that it says will prevent further negative impact on student learning.

On April 2, voters will be asked to approve or deny a 30-cent operating tax rate increase per $100 of equalized assessed valuation, with the money generated to go into the district’s general fund.

The last time voters were asked for an increase in the operating tax rate of 30 cents was in 2005. The vote passed. Prior to that, it had been 20 years since an operating referendum was presented to voters.

If the referendum does not pass, the board said it will continue to make cuts to eliminate the deficit.

Estimates show that without any changes to the budget, and without the additional financial support of a referendum, the district would diminish all reserves within the next six years.

“Over the past three years, many cuts have been made, with the intention of keeping cuts as far from student impact as possible, however that will become difficult to do as options diminish,” the board said in a statement.

The district has pointed toward prorated and late state payments and a previously frozen tax levy as factors that have impacted the budget.

As a result, positions have been eliminated, student fees have risen, class sizes have increased and building budgets have shrank.

The referendum passing would mean that day-to-day costs for staff, building operations, supplies and materials and transportation would be taken care of.

It would end the district deficit, providing an annual surplus and positive fund balances for many years. By Fiscal Year 2029, estimates show the district maintaining a positive year-end budget, along with a fund balance of over $50 million should the referendum pass.

“Having a balance in reserves is important for unexpected expenses and delayed payments from the state, and for the assurance of local control of our schools in the future,” the board said.

The referendum would also build reserves to a capacity that prevents the district from having to borrow money (tax anticipation warrants) short-term and incur interest costs when it’s necessary to pay expenses, like payroll, while awaiting receipt of funds.

If the April 2 referendum passes it will be included on the levy presented in December.

It would then be included on property tax bills sent out in the spring of 2020. The school district would begin receiving payments in May 2020 through October 2020.