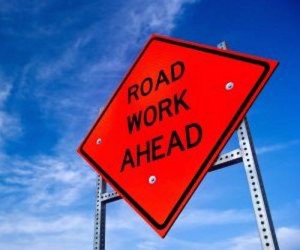 Yorkville residents still rate road maintenance as a main issue based on results from the 2015 Citizen Survey. (Chronicle file photo)

The residents of Yorkville have spoken, and now it’s up to the City Council and other government officials to listen and react to their concerns.

The city’s 2015 Citizen Survey results, which gauge satisfaction of all city services, were recently presented to council members. Though response rates were lower than they’d been in the past, City Administrator Bart Olson said there was plenty of useful information collected during the survey period for council members to work with.

The survey, which was advertised to 6,456 households through utility bills and direct mailings, resulted in 271 responses, or a 4.2 percent response rate. This is a large decline from past years when response rates were double that amount.

Now, in its third year, Olson said he’s not surprised to see the results drop.

“I don’t know if people just had better things going on this year, or if they already took the survey and didn’t want to do it again,” Olson said. But, whatever the case is, any information collected is beneficial to the city.

Residents were asked to gauge their level of satisfaction by answering multiple questions about each category. The results are compared side-by-side to the responses of previous years, giving council members a look into what needs improvement. 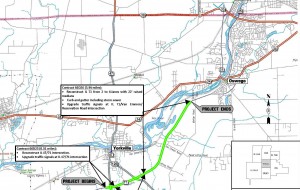 The state’s major construction project along IL Route 71 and work along Route 34 has affected traffic for a few years in eastern Kendall County, including Yorkville. (Illinois Department of Transportation map)

“Council members take the results into account on a month to month basis as they make policy decisions,” Olson said of the survey results. “The first year we did the survey there were road issue concerns. The following year, we invested in road programs.”

Looking at the results, the council’s plan worked. Satisfaction surrounding road conditions has increased this survey season compared to the previous two surveys.

While road conditions are still a major concern among responding residents — 50.8 percent said they were dissatisfied with road maintenance — the number of satisfied residents has improved over the years, up 3 percent from 2013.

“We work to incrementally improve over the years, and we hope people see the work we put in,” Olson said.

The condition of the roads and traffic congestion, however, aren’t the only thing residents piped-up about, according to the survey results.

“This year, there were a lot of comments about communication (with the city) and things related to that,” Olson said.

This year, more than 35 percent of respondents said they were dissatisfied with the communication and the remaining residents were neutral. Olson said this statistic gives the city a jumping off point in terms of what it needs to focus on.

“We’ve rolled out our communication methods more comprehensively since 2013,” Olson said, pointing to a new city website and larger social media presence. “Now that people are seeing that, it might be something they’re thinking about more and commenting on.”

According to the survey, residents were most satisfied with police services, garbage and recycling services and the quality of the city’s parks.

The survey also gave residents a chance to rate community events, talk about priorities they’d like to see the city focus on, as well as express their concerns about things surrounding the quality of life in Yorkville.

“Almost all of our satisfaction levels are very high,” Olson said. “There’s always going to be something that goes wrong at some point during the year, but I think you’re best judged by how you respond to those thing and how you fix them moving forward.”