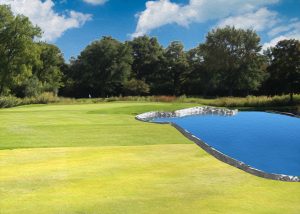 A 39-year-old Gurnee man faces charges of promoting prostitution at a Chicago apartment.

The Cook County Sheriff’s Police and the U.S. Department of Homeland Security conducted an investigation that led to an apartment in the 3900 block of West Lawrence being searched Dec. 13. Law enforcement officials said that the location was being used as a place of prostitution.

Two female victims were taken from the scene and they were provided services and temporary housing through the Sheriff’s Office, according to Sheriff Thomas Dart.

Investigators said they learned that Luis Zacarias-Ahumada operated the illegal enterprise and financially benefited from the prostitution acts that occurred at the apartment. He was located in Waukegan on Dec. 13 and was taken into custody.

Zacarias-Ahumada was charged Dec. 14 with two counts of promoting prostitution. He appeared for a bond hearing Dec. 15 at the George N. Leighton Criminal Court Building in Chicago, where his bond was set at $10,000.

The Lake County Forest Preserve Board of Commissioners recently elected Angelo Kyle, of Waukegan (District 14), as Lake County Forest Preserves President, and Julie Simpson, of Vernon Hills (District 18), as Vice President. Both will serve two-year terms, ending in December 2020. Kyle previously served as Forest Preserve Commissioner from 1990 through 2012. He also served two terms as Vice President (1992-94 and 2006-08). In addition, Kyle assisted in creating the Preservation Foundation, in 2007, and served on its Board of Directors from 2010 to 2012. Kyle, a pastor at St. Matthew Missionary Baptist Church, in Waukegan, also worked as Deputy Director of Commerce and Economic Opportunity for the State of Illinois for three years, beginning in 2012. Simpson, new to the Forest Preserve Board of Commissioners, also will serve on the Finance Committee. In 2017, she began serving a four-year term on the Hawthorn Elementary District 73 school board. For more information, call 847-367-6640 or visit www.lcfpd.org.

Village portion of property taxes to decrease in 2019

The village announced that the village portion of property taxes for Barrington residents will decrease in 2019 by 9.84 percent in Cook County and 12.76 percent in Lake County. The decreases are due to the retirement of bonds issued in 2000 to construct the Public Safety and Village Hall buildings. This means that the owner of a $600,000 home in Barrington will see a projected decrease in property taxes paid to the village of an estimated $95.63 in Cook County and an estimated $145.50 in Lake County. The difference between the two counties is caused by the differing assessment practices of the two counties, with Cook County assessing residential properties at lower valuations than commercial and industrial properties, thereby lowering the tax burden for residential properties in Cook County. For more information, call 847-304-3400 or visit www.barrington-il.gov.

The Park District of Highland Park announced that Sunset Valley Golf Club, a Park District facility located at 1390 Sunset Road, recently was honored for 2018 Design Excellence in the seventh annual American Society of Golf Course Architects (ASGCA) Design Excellence Recognition Program. Sunset Valley, which re-opened in August following an extensive renovation, was one of 11 courses across the United States to receive the honor. The ASGCA Design Excellence Recognition Program highlights the innovation and problem-solving skills of today’s golf course designs, from new 18-hole layouts to renovations to new and updated practice facilities. The 2018 nominations were reviewed by a panel of golf industry leaders, including representatives of the Club Managers Association, Golf Course Builders Association of America and Golf Course Superintendents Association of America. The renovated course at Sunset Valley was designed by Jacobson Golf Course Design, Inc., and addressed long-term deferred maintenance that negatively impacted the 1920s-era course due to its construction in a lowland area of undeveloped floodplain. Renovations include improved drainage infrastructure and stormwater management, as well as raised tee shot landing areas, and swales and landforms designed to transform a flat site into a golf course with sweeping elevation changes and panoramic views, resulting in the enhanced functionality of a recreational amenity for the community. For more information, call 847-831-3810 or visit www.pdhp.org.

The village reported that Chicago Executive Airport (CEA), 1020 S. Plant Road, is updating its more than 30-year-old Airport Master Plan. The update process is guided by the Federal Aviation Administration (FAA), and ultimately results in projections of future aviation activity growth and preparation of an Airport Layout Plan (ALP). The Master Plan is a long-range planning document that serves several purposes, including ensuring that the airport is properly managed and remains financially viable for the future. The purpose of the update is to evaluate current and projected aviation demand and identify what improvements may be needed to satisfy the demand over a 20-year planning horizon. CEA, jointly owned by Wheeling and Prospect Heights, generated $1.3 million in 2018 property taxes for both communities and all local taxing bodies, including school districts. These revenues continue to increase annually — in addition to off-airport businesses generating property tax and sales tax revenues — thereby easing the tax burden on residents. Additionally, no local municipal funds will be expended on the Master Plan update, and no property tax increases will result from the update as well. For more information concerning the ALP, visit the project website at www.chiexec.com or call CEA at 847-537-2580.

Buffalo Grove High School reported that more than 100 members of the school’s German Club recently raised funds to benefit the Crohn’s and Colitis Foundation, a nonprofit organization dedicated to finding the cures for Crohn’s disease and ulcerative colitis. It marked the second consecutive year that students in the school’s German language program organized a candy fundraiser and donated the proceeds to a charity of choice. During the 2017-18 school year, German Club students chose to donate to the American Red Cross to aid hurricane relief efforts. Both fundraising campaigns resulted in donations of more than $1,000. For more information, call 847-718-4000 or visit www.bghs.d214.org.